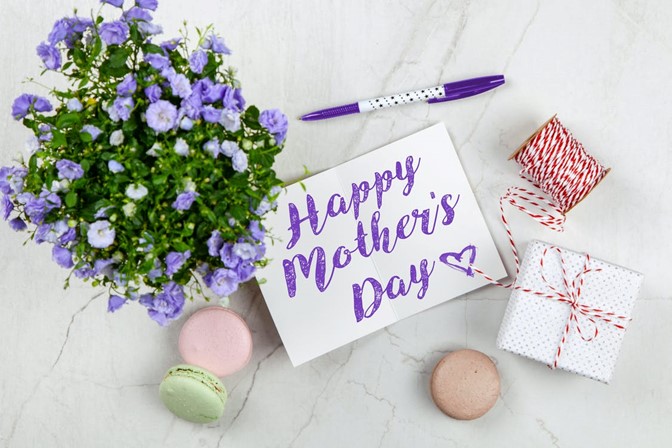 PALMDALE – With brunch at a restaurant not an option and family gatherings at local parks discouraged because of the coronavirus pandemic, opportunities to leave home to celebrate Mother’s Day will be limited.

One option for an in-home celebration includes the virtual Mother’s Day serenade performed by the two-time Grammy-winning group the Mariachi Divas, which will be streamed at 9 a.m. on Vallarta Supermarkets’ Instagram and Facebook pages.

Archbishop Jose H. Gomez will bless mothers at the 10 a.m. Mass at the Cathedral of Our Lady of the Angels, which will be broadcast by KCOP-TV Channel 13 and livestreamed on facebook.com/lacatholics. A Litany to the Virgin Mary will be sung.

“In many beautiful ways, our families have become domestic churches in this time of coronavirus and we know that our mothers are the heart of every home — teaching and guiding their children to trust in God’s love and providence in these challenging times,” Gomez said. “Now, more than ever, it is time for us to thank our mothers for their love and to pray for them.”

Many local churches in the Antelope Valley will be streaming services online as well.

In his Mother’s Day proclamation, President Donald Trump wrote, “On Mother’s Day, we celebrate the exceptional mothers in our lives. It is through the unwavering love, comfort and guidance of these extraordinary women that we first learn to experience joy and the wonders of life. Whether they became mothers through birth, adoption, foster care or other means, these women are deserving of our unending gratitude and praise this day and every day. As life-long supporters, mothers provide reassurance and guidance when needed most. President Abraham Lincoln described this spirit of compassion: ‘I remember my mother’s prayers and they have always followed me. They have clung to me all my life.”‘

Mother’s Day was initially proposed in 1870 by activist-poet Julia Ward Howe as a call for peace and disarmament. It was celebrated in 18 cities in 1873, continued for about another 10 years in Boston under Howe’s backing, then died out.

The second attempt to establish Mother’s Day began on May 9, 1907, the second anniversary of the death of Anna Jarvis’ mother, Ann.

Jarvis invited several friends to her home in Philadelphia in commemoration of her mother’s life, which included providing nursing care and promoting better sanitation during the Civil War, helping save lives on both sides.

Jarvis announced to her friends her idea of a day of national celebration in honor of mothers, which was first celebrated on May 10, 1908, at the Andrews Methodist Episcopal Church in Grafton, West Virginia, where Ann Jarvis had worshipped.

The church is now known as the International Mother’s Day Shrine.

By 1911, it was celebrated in nearly every state. President Woodrow Wilson signed a congressional joint resolution in 1914 designating the second Sunday in May as Mother’s Day nationally.