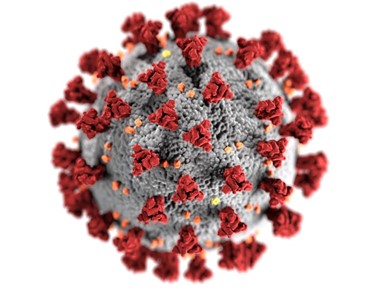 LOS ANGELES – Temporarily suppressing the body’s immune system during the early stages of the coronavirus may help prevent severe symptoms, according to a USC study published.

The research, published Friday in the Journal of Medical Virology, is based on a mathematical model called a “target cell-limited model,” and shows that the way the human body’s two primary lines of defense interact with each other may cause “the immune system to go into overdrive in some patients,” according to Sean Du, the lead author of the study.

The innate immune response, the body’s first line of defense against the virus, starts fighting right after a person is infected.

The second line of defense, the adaptive immune response, starts days later, if the virus is still in the body, and employs “what it has learned about the virus to mobilize a variety of special forces such as T cells and B cells,” Du said.

USC scientists used the model to learn how the body’s immune responses work against the coronavirus compared to the flu.

The flu attacks target cells on the surface of the upper respiratory system and kills so many of them within two to three days that the virus can’t infect many more cells, allowing the immune system to clear the body of the virus.

However, the coronavirus slowly targets surface cells throughout the respiratory system, including in the lungs, with an incubation period of about six days, according to the study.

The study’s mathematical model suggests that the adaptive immune response may start before target cells are depleted, which slows the infection and interferes with the innate immune response’s ability to kill off most of the virus quickly.

“The danger is, as the infection keeps going on, it will mobilize the whole of the adaptive immune response with its multiple layers,” said Weiming Yuan, an associate professor in the Department of Molecular Microbiology and Immunology at the Keck School of Medicine of USC, and co-corresponding author of the study.

“This longer duration of viral activity may lead to an overreaction of the immune system, called a cytokine storm, which kills healthy cells, causing tissue damage.”

This also may explain why some patients appear to be recovering from the virus, only to be hit with a second, much worse wave of symptoms.

“Some COVID-19 patients may experience a resurgence of the disease after an apparent easing of symptoms,” Du said. “It’s possible that the combined effect of the adaptive and the innate immune responses may reduce the virus to a low level temporarily.

“However, if the virus is not completely cleared, and the target cells regenerate, the virus can take hold again and reach another peak.”

Scientists believe there may be a counterintuitive treatment for the virus, based on the study’s results. An immunosuppressant drug given to patients during the beginning stages of the virus may help.

“With the right suppressive agent, we may be able to delay the adaptive immune response and prevent it from interfering with the innate immune response, which enables faster elimination of the virus and the infected cells,” Du said.

Small studies conducted in China during COVID-19 pandemic and the 2003 SARS outbreak showed that patients who received an immunosuppressant, such as corticosteroids, fared better than patients who did not receive the drugs, according to an official with USC.

A possible next step for researchers is to take daily measurements of viral loads and other biomarkers in COVID-19 patients, and see if the data confirms the study’s mathematical modeling.