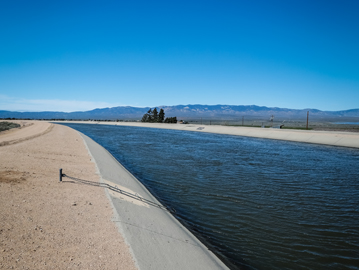 By Gregory Pierce and Kyra Gmoser-Daskalakis

According to California law, water is a human right. And our research on water systems shows that compared to other parts of the state, the systems in Los Angeles County are doing a pretty good job ensuring safe, plentiful, affordable water for its citizens.

But it’s a different story in the Antelope Valley. The valley is home to about 5% of Los Angeles County residents, but reports 80% of its major water quality problems. And as the climate continues to change, stresses on water systems will only increase.

In our new report — Community Water Systems in Los Angeles County: A Performance Policy Guide — we evaluated data on the over 200 water systems serving county residents. We also compared that information to findings reported in the 2015 water atlas, which like our report was published by UCLA’s Luskin Center for Innovation.

The Antelope Valley stood out. In sharp contrast to the rest of the county, over four-fifths of the valley’s water systems are small, serving fewer than 3,000 households. This includes tiny water systems that serve mobile home parks and RV parks, as well as mutual water companies.

In general — and not just in California — smaller water providers don’t have as many resources as larger water systems. In addition to limited financial resources, they tend to suffer from a lack of technical and managerial expertise. This makes water-quality and quantity problems more likely to occur, and solutions more difficult to implement.

From 2014 to 2018 — the five years we studied for our report — Los Angeles County water systems notched 131 violations for exceeding maximum safe levels for contaminants such as arsenic, coliform bacteria, and nitrates. Of those 131 drinking-water violations, 110 were in the Antelope Valley. And six Antelope Valley water providers had more than 10 violations each in the last five years.

These contamination spikes mean residents can’t rely on their tap water to be safe. In Los Angeles County, most of the violations are for arsenic, which occurs naturally in the ground, and which is linked to cancer and other severe health problems. A large, well-run water system tends to have a greater capacity to treat drinking water in a way that effectively removes arsenic. Smaller systems can have a tougher time of it.

Climate change is expected to make providing abundant clean water even harder. With less rain and hotter weather, we need more water, and as rivers and reservoirs run low, groundwater often fills the gap. But as water systems pump deeper, the quality of the water is lower. And over-pumping groundwater can collapse underground reservoirs, which can aggravate supply problems, as we have already seen in the valley.

There’s no one silver bullet that can completely resolve the Antelope Valley’s water issues. But there are some options for improving water quality and supply for the residents of the valley and the rest of California.

One option is consolidation. Larger water systems that are performing well should extend service to places where smaller water providers are having trouble. Our analysis shows there’s some potential for consolidation in the Antelope Valley.

Where consolidation doesn’t make sense — such as where water systems are too far apart, for example — allowing small systems to pool their financial resources and share management could result in safer, more abundant drinking water. Other possible solutions include state funding targeted at upgrading small water systems’ treatment facilities and capacity, and closer monitoring of small water systems by the county or the state.

While most Californians can rely on safe drinking water most of the time, residents of the Antelope Valley bear much more than their fair share of Los Angeles County’s water problems. We hope our report and the solutions it suggests will bring us closer to the day when every Californian can enjoy safe, affordable, accessible drinking water, every day of the year, no matter where they live.

About the authors: Gregory Pierce is the associate director of UCLA’s Luskin Center for Innovation (LCI) and serves as a senior researcher, leading LCI’s Water and Environmental Equity programs. Kyra Gmoser-Daskalakis is a researcher and associate project manager at LCI.