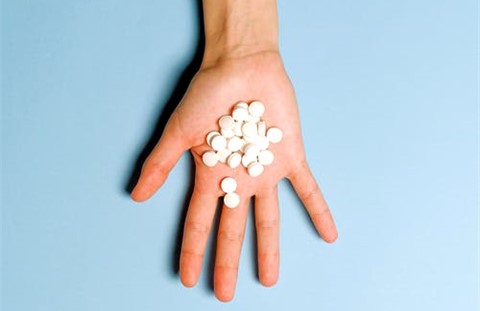 Prescription drug abuse continues to be a steadily growing public health concern in the United States and in Los Angeles County. The abuse of prescription drugs such as Heroin, Vicodin, and Oxycodone has tragic consequences on our society. Prescription drug abuse is a severe public health concern which has increased over time resulting in increased mortality rates in the county of L.A. When national statistics were compared to those of Los Angeles County, the impact of this health concern was deemed serious enough to demand immediate community attention. It was then that the Department of Justice announced the allocation of $1.4 million in federal funding to combat the opioid crisis, just part of the budget of over $300 million awarded nationwide.

President Donald Trump has vowed to bring the opioid crisis to a halt under his administration; however, methods of accomplishment are not as clearly indicated. The LAC budget grants and supports partnerships between first responders and other related agencies, therefore recommendations that incorporate these relationships should be identified to the public to develop and support the best possible solutions.

Patterns distinguished on a national scale have been observed within Los Angeles County and are indicative that the burden on health is increasing. The impact of prescription drug abuse has been recognized, however, existing efforts are open to recommendation as they may be lacking in considerations of additional contributing factors to the opioid abuse crisis, specifically in Los Angeles County. It is imperative that the issue is tracked and handled with additional goals in mind. Doing so would ensure the protection of the health of the public but requires the well-coordinated collaborative efforts of necessary public and private organizations and other public health systems. The impact of prescription drug abuse is serious enough that it rightfully requires community attention immediately.

The Centers for Disease Control and Prevention reported over 72,000 prescription and illegal opioid-related deaths. The CDC further cites an eight percent increase from the previous year. A new federally funded program titled Operation Synthetic Opioid Surge was discussed and its goal of deadly synthetic opioid reduction has been developed to combat abuse by doctors and pharmacies. The current administration initially communicated plans for funding to be used towards treatment and prevention efforts in brief. However, a more detailed plan of action indicated the assignment of hundreds of federal prosecutors and members of the DEA task force to bring criminal charges against traffickers of heroin, fentanyl or prescription drugs.

Recommended calls to action rely heavily on preventive prescription drug abuse measures. The recommended intervention for implementation in Los Angeles County is community-based and is a result of collaborative work and support between CA Department of Public Health, non/for-profit organizations, additional government agencies, health care suppliers, and other community associates. These agencies must collaborate in order to achieve a reduction in prescription drug abuse. Government action and public policy initiatives are pivotal. These initiatives are necessary to adequately address the issue but largely depend on local, state, and federal level coordinated efforts. Efforts to combat prescription drug abuse should not focus on criminality alone as the Trump administration suggests but instead give consideration to the social determinants of health and other individual factors which are factors to the opioid addiction crisis.

Recommended actions include the implementation of public knowledge and awareness by way of media campaigns designed to target an audience of young adults who may be at risk for abuse of prescription drugs. At the local level, The Antelope Valley Partners for Health was awarded over $700,000 to further develop programs for children victimized as a result of the opioid crisis. I propose a similar community-based campaign such as that of Red Ribbon Week, where students, parents, school officials and community members are encouraged to wear a red ribbon to promote drug-free lifestyles. These recommendations are not infallible and are also open for criticism and areas of limitation. Barriers to successful implementation include conflicts resulting from poverty or lack of resources. To be most effective, the campaign could include educational information useful to families, however educational messages should be tailored towards specific age groups and challenging geographic areas so that messages are understood properly. The administration’s budget should communicate details pertaining to the support of school-based prevention efforts. Increased training and continued education for educators and health care providers on preventive measures to recognize prescription drug misuse.

A successful course of action to combat prescription drug and opioid abuse should be all-encompassing. With adequate education and training, many more individuals can be made aware of the social as well as criminal consequences of abuse such as addiction or death. Therefore efforts to address these issues should be reflective of the importance of education. Educational professionals, healthcare workers, parents, and youth can be influenced to make changes at a population level. The reduction in opioid-related injuries and fatalities should not be addressed through the criminal justice system alone. Education plays a vital role in the diversion of prescription drug abuse and addiction. Providing education to drug prescribers and their patients will make them better equipped to address the various factors that contribute to prescription medication abuse.

About the author: Enina Obayuwana is a third term graduate student at the Milken School of Public Health at George Washington University, Washington, D.C.

1 comment for "Op-ed: The Opioid Crisis in Los Angeles County: Education and Recommendations of Action"