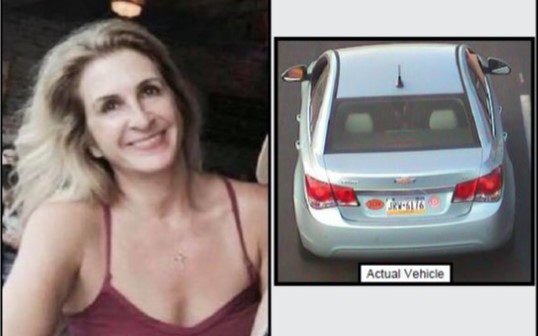 UPDATE: Diana Helene Neufeld was found, the Los Angeles County Sheriff’s Department reported at about 2 p.m. Saturday, April 11.  The department offered no further details but thanked the public for its help.

LANCASTER – Authorities are seeking the public’s help to find a 55-year-old woman who suffers from depression, is believed to be suicidal, and was last seen in Lancaster.

Diana Helene Neufeld was last seen March 2 about 8:30 p.m. in the 800 block of East Pillsbury Street, near Challenger Way, according to a sheriff’s bulletin.

“Neufeld suffers from depression and has made suicidal statements in the past,” the bulletin states.

Anyone with information on the location of Diana Helene Neufeld is encouraged to contact the sheriff’s Missing Persons Unit at 323-890-5500. Those wishing to report anonymously can call 800-222-TIPS. 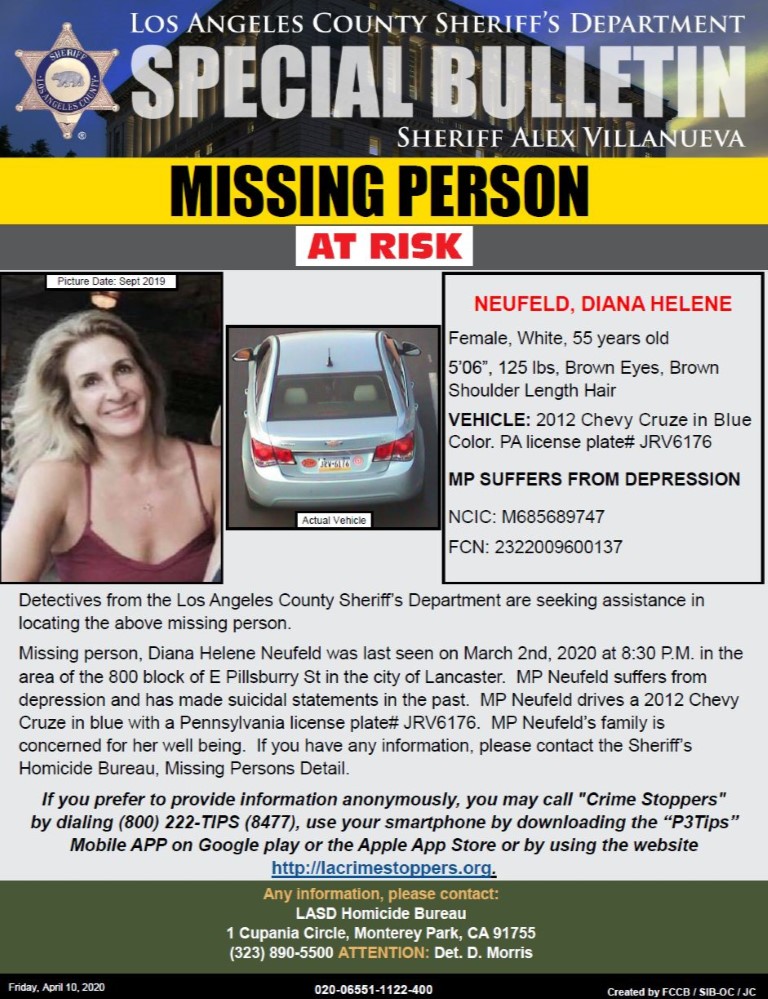