UPDATE: Larry Eugene McNutt has been located, the sheriff’s department announced Monday, April 6. Officials did not release details on when and where McNutt was found.

PALMDALE – Authorities are seeking the public’s help to find a man they say is suicidal, possesses firearms, and was last seen in Palmdale.

He is black, 6 feet 4 inches tall, weighs 270 pounds, and has brown hair and eyes, according to the Los Angeles County Sheriff’s Department.

“McNutt is suicidal and possesses firearms,” a sheriff’s bulletin said. “If McNutt is located, do not approach — contact police.”

Anyone with information on the whereabouts of Larry McNutt is encouraged to call the Sheriff’s Missing Persons Unit at 323-890-5500, or Crime Stoppers at 800-222-TIPS. 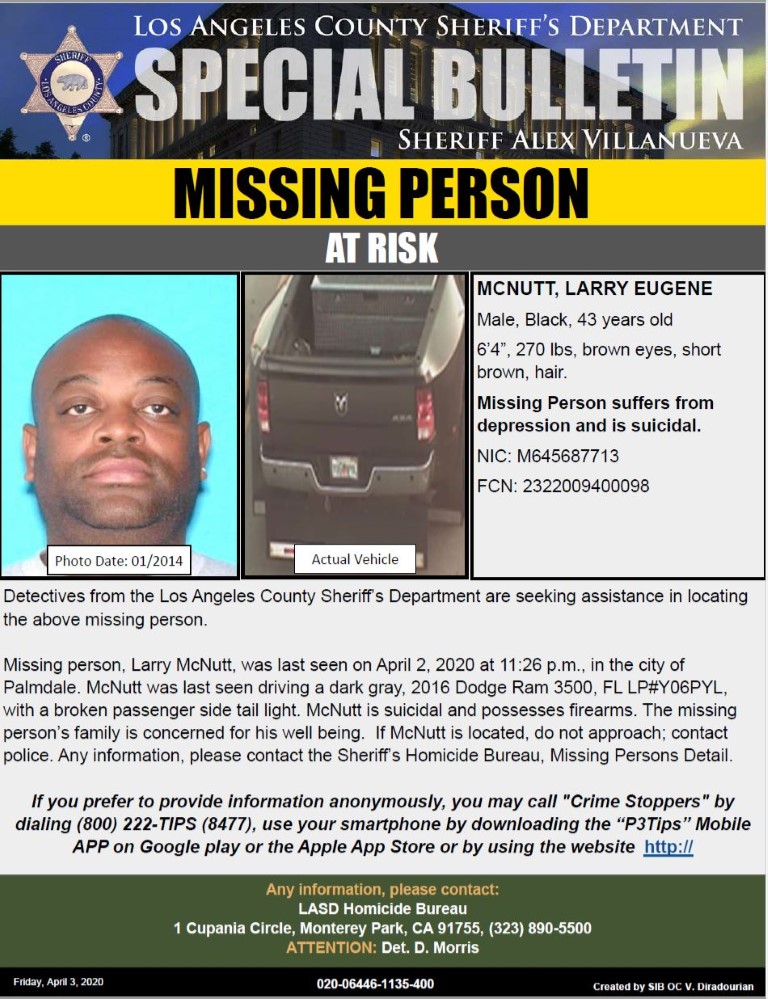