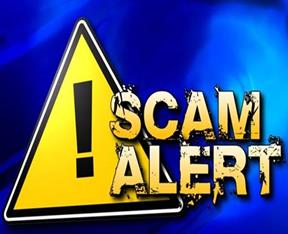 LOS ANGELES – In addition to cracking down on hoaxes and scams stemming from the coronavirus pandemic, law enforcement agencies in California and across the country are also being advised of another potential threat — people who may purposely try to spread the virus to others.

The U.S. Department of Justice issued a memo Tuesday stating that “the purposeful exposure and infection of others with COVID-19” could be prosecuted as a terrorist act.

“Because coronavirus appears to meet the statutory definition of a ‘biological agent’ under (federal law), such acts potentially could implicate the nation’s terrorism-related statutes,” according to the memo. “… Threats or attempts to use COVID-19 as a weapon against Americans will not be tolerated.”

No such criminal cases have been reported locally, but at least two instances have arisen nationally. In New Jersey, a man was charged with terroristic threats after allegedly coughing on a grocery store worker and claiming he had COVID-19. Meanwhile, a Missouri man was arrested on suspicion of making terrorist threats after allegedly licking items in a Walmart in an apparent effort to mock concerns about the virus.

Local prosecuting agencies declined to comment specifically on whether such a hypothetical prosecution might occur in Los Angeles County. The U.S. Attorney’s Office and FBI both stressed that they are on the lookout for any crimes stemming from the virus, with fraud schemes the most prevalent issue.

The FBI is actively investigating a wide range of crimes that seek to take advantage of people during the pandemic. Mike Herrington, assistant special agent in charge of the FBI’s Los Angeles office, told City News Service the agency is focused mainly on crimes committed online.

“People are operating in an environment where there’s a lot of uncertainty,” Herrington said.

Offering help with financial distress is another ploy. One of the biggest scams at the moment is someone purporting to offer residents help in collecting an anticipated federal cash payout to individual Americans, the FBI agent said.

People are told they need to enter personal information at a particular online link in order to get the money and end up victims of identity theft instead.

“We’re seeing a lot of charity scams too,” Herrington said, noting that many generous residents are looking for ways to help their neighbors through difficult times. “Scammers are taking advantage of that.”

Cybercrimes should be reported to IC3.gov, which Herrington said is the FBI’s best source for tracing back connections to identify and arrest perpetrators. Victims should supply as much information as possible about computer IP addresses, email addresses, Bitcoin account names in order to help track down the fraudsters.

The U.S. Attorney’s Office for the Central District of California, which covers Los Angeles County, is urging the public to report fraudulent schemes related to the pandemic to the National Center for Disaster Fraud hotline at 866-720-5721 or via email to disaster@leo.gov. That centralized system allows for coordination between federal, state and local authorities.