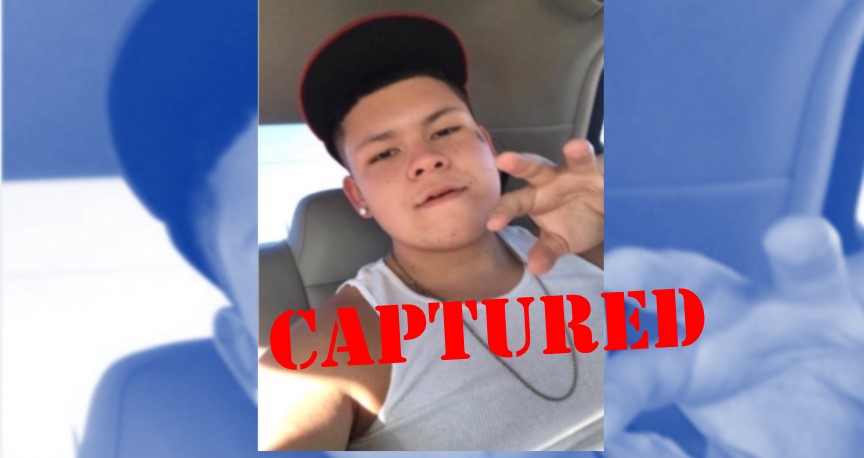 STEVENSON RANCH – Authorities have caught the 19-year-old man suspected of shooting and wounding a woman during a robbery in the driveway of her Stevenson Ranch home.

Jeremy Hernandez was arrested Monday evening, thanks to an anonymous tip, according to a news release from the Santa Clarita Valley Sheriff’s Station.

“Detectives say it was a tip submitted to the LA CrimeStoppers tip line that helped them apprehend Hernandez on Monday evening in Lancaster and safely bring him into custody. Hernandez was booked into the Lancaster Sheriff’s Station where he is being held on $1 million dollar bail,” the news release states. No further information on the arrest was immediately available.

The alleged robbery occurred around 5:15 p.m. Saturday, March 21, in the driveway of a Stevenson Ranch residence, sheriff’s officials said.

During the commission of the robbery, the suspect fired a shot, striking the victim. The suspect then fled the scene on foot.

Hernandez was later identified as the robbery suspect, and detectives put out a bulletin on Sunday, March 22, seeking the public’s assistance in finding Hernandez.

The victim reportedly sustained non-life threatening injuries in the shooting. 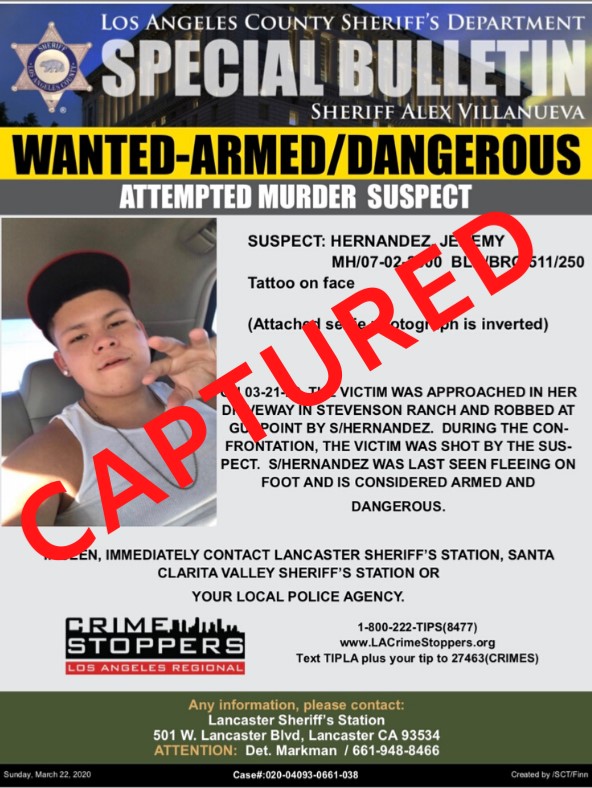