ACTON – A 56-year-old Acton woman who suffers from depression and was reported missing on Monday was found dead, the sheriff’s department reported Wednesday.

The department did not disclose where and when the body of Karen Anne Habibi was found, and said an autopsy will be conducted to determine the cause of death.

Habibi was last seen alive around 8 a.m. Monday, March 16, at her residence in the 4100 block of Ninth Street in Acton, according to the Sheriff’s Department. She was believed to be driving a gray Dodge Ram pickup truck. 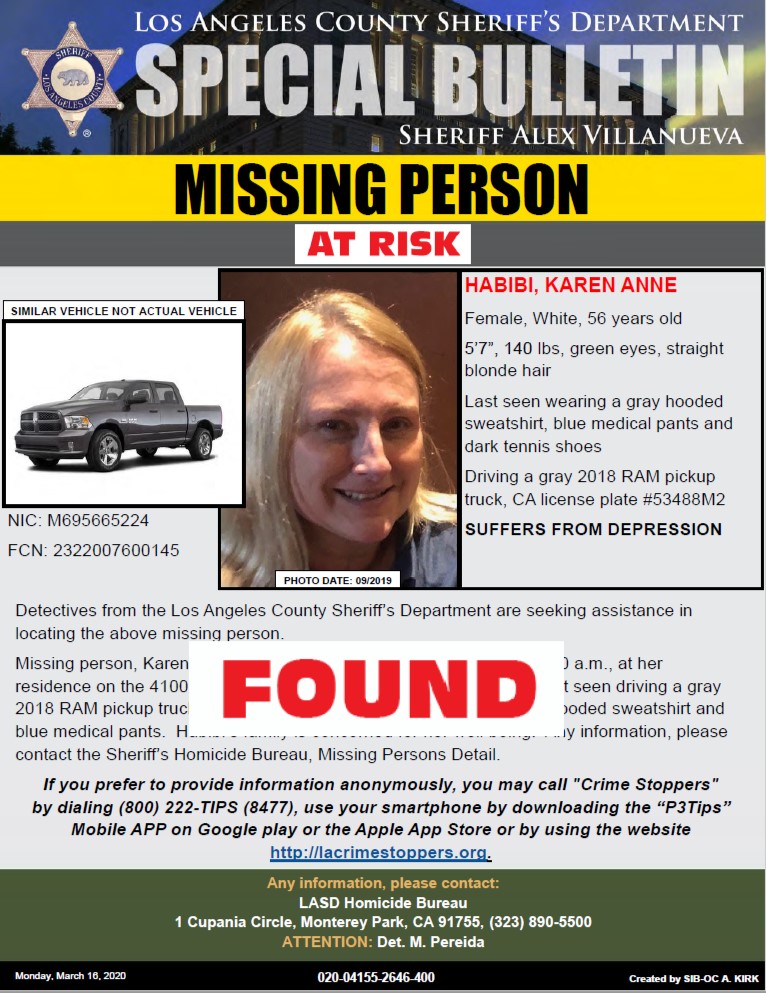