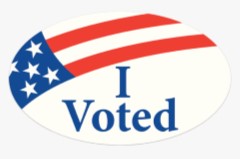 Logan noted there are still many outstanding ballots to be counted, which will happen once they’re verified.

His office’s first ballot counting update is scheduled for this afternoon from 1 to 4 p.m. No data was immediately available on the number of outstanding ballots.

The county also posted among the lowest turnouts when compared with other California counties in Tuesday’s election. The statewide turnout was 25.8%. The turnout in Marin and Sonoma counties was more than 37% , and higher still in several counties along the Nevada border. San Francisco reported 28.6% and Fresno had 24.8% of voters come out to cast a ballot, according to a mapping tool on the Secretary of State’s website.