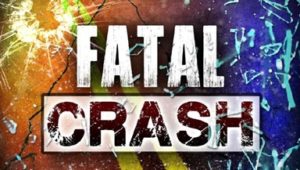 LANCASTER – A female motorist in her 20s died Sunday after she lost control of her vehicle and crashed into a building in Lancaster, authorities said.

The fatal collision happened around 7:16 p.m. Sunday, March 1, near the intersection of Trevor Avenue and Ovington Street, according to a news release from the Lancaster Sheriff’s Station.

“The female had been in an argument with a patron at a local business. She left the business northbound on Trevor Avenue, where she lost control of her [Hyundai Elantra] and collided into the building,” the sheriff’s news release states. “Alcohol is believed to be a factor in this collision.”

The driver’s identity has not yet been released pending next of kin notification, but she was a Hispanic female in her 20s, according to the Los Angeles County Coroner’s Office.

Anyone who witnessed the fatal collision is encouraged to call the Lancaster Sheriff Station at 661-948-8466.

UPDATED: The deceased has been identified as 21-year-old Jennifer Lopez, according to the Los Angeles County Coroner’s Office.