LANCASTER – Townhall meetings for people to provide their opinions about the Los Angeles County Sheriff’s Department’s practices and performance in the Antelope Valley are planned in February in Sun Village and west Lancaster.

The first will be hosted by the Palmdale Sheriff’s Station’s Community Advisory Committee from 6 to 8 p.m. Thursday, Feb. 13, at Living Stone Cathedral of Worship, located at 37721 100th Street East.

Featured speakers on Feb. 13 will be Deputy Roberto Carrillo and Deputy Joshua Paulson of the Homeless Outreach Services Team. Deputy Andrew Cronin, resident deputy for Sun Village, Littlerock, Pearblossom and Juniper Hills, will be there as well as other deputies from the Palmdale Sheriff’s Station.

Also featured will be an overview of the latest report from the monitoring team that is tracking the Sheriff’s Department’s compliance with a 2015 settlement agreement with the U.S. Department of Justice.

A similar town hall meeting will be hosted by the Lancaster Sheriff’s Station Community Advisory Committee from 6 to 8 p.m. Thursday, Feb. 20, at Growing Valley Baptist Church, located at 44818 20th Street West. The Lancaster committee will present the report from the Department of Justice monitoring team at its meeting as well. 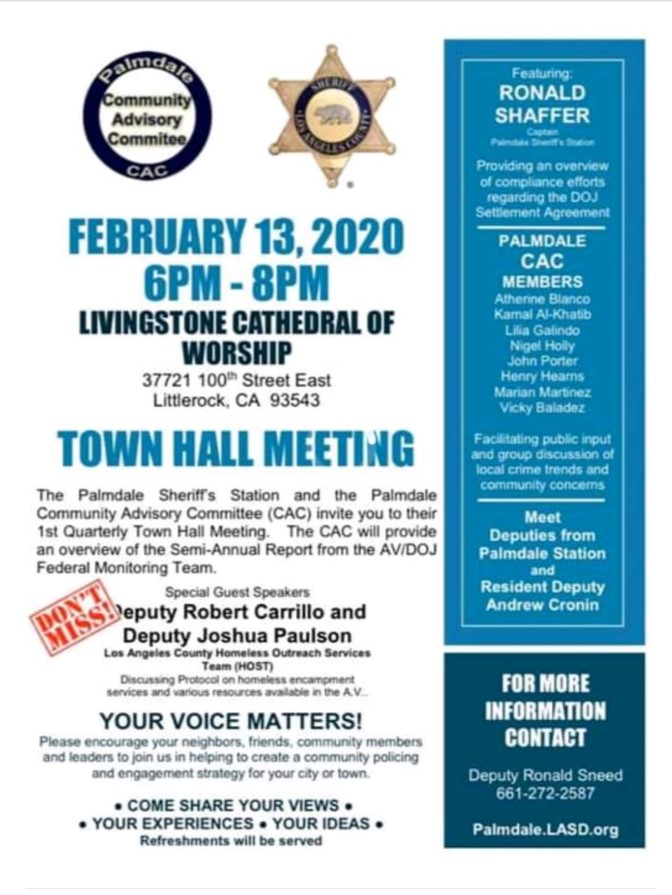 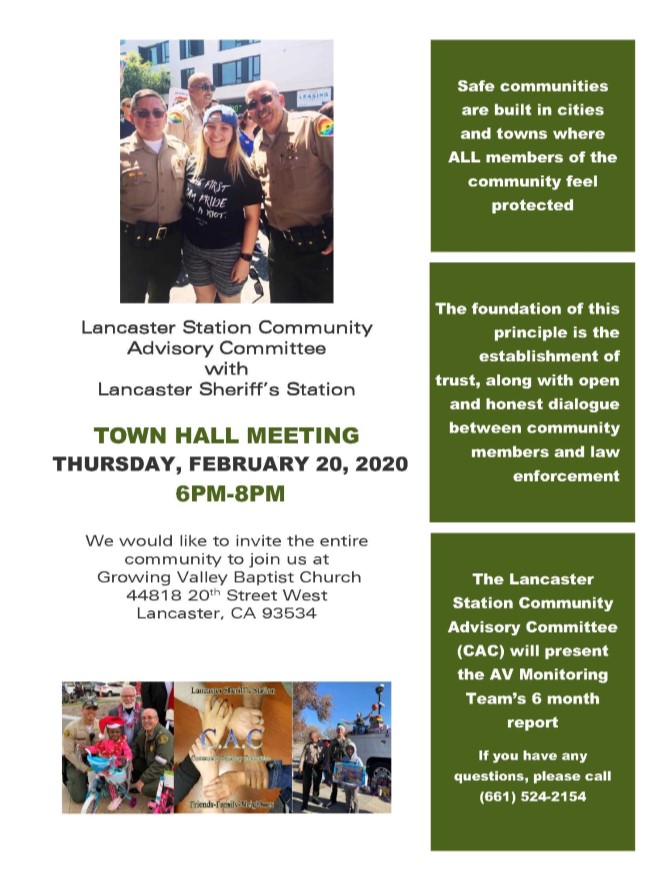