PALMDALE – A body believed to be that of a 34-year-old man who was reported missing was recovered Thursday from Lake Palmdale.

Robert Lewis Mercer was seen arriving at Lake Palmdale in Palmdale about 7 a.m. Wednesday, Feb. 5, and the sheriff’s department had described him as possibly suicidal and circulated his photo.

An empty boat was found floating on the lake several hours later, prompting firefighters, a dive crew, and a helicopter crew to respond to the area . A search was conducted, including dive and sonar operations, but it was suspended late Wednesday.

The search resumed Thursday morning, and shortly after noon the sheriff’s Special Enforcement Bureau tweeted that the “LASD sonar and dive operation has concluded. Missing boater has been recovered from the lake. Investigation continuing with @LACoroner.”

Lake Palmdale is a 586-acre artificial lake completed in 1924. It is part of the California State Water Project and is fed by the California Aqueduct.

UPDATE: The coroner’s office has confirmed that the body was that of Robert Lewis Mercer. 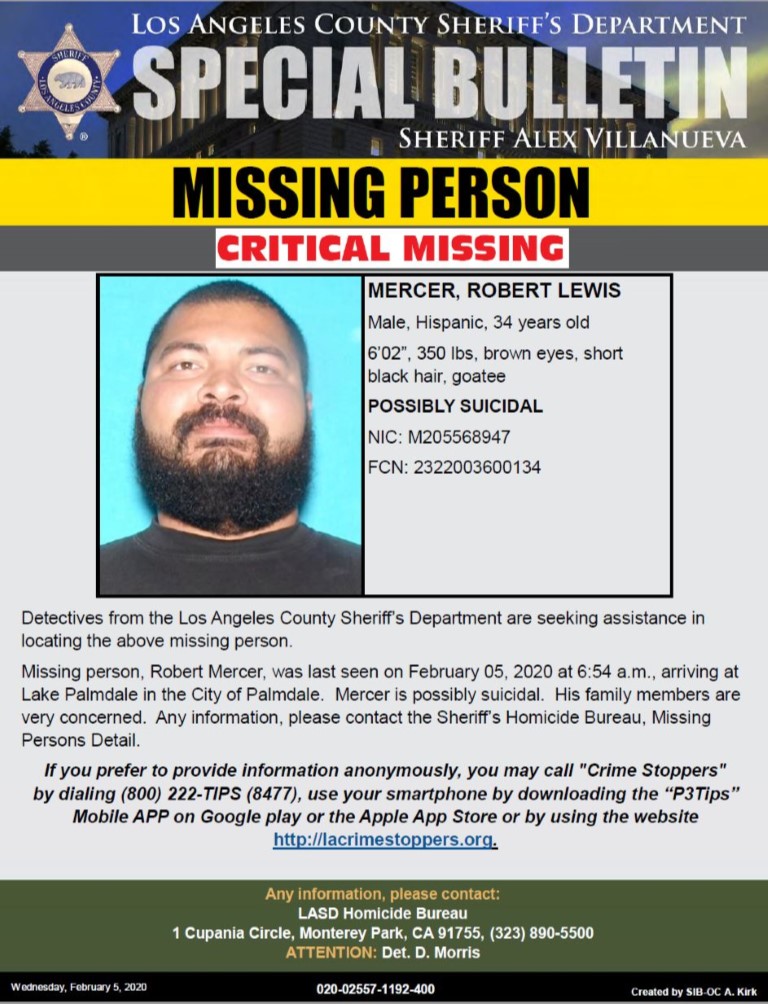 6 comments for "Body found in Lake Palmdale believed to be that of missing man [update: confirmed]]"