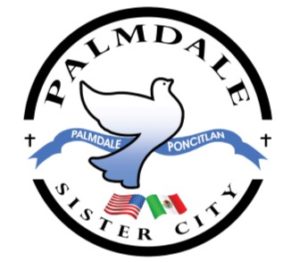 Tickets are $10 at the door. There will be a no-host bar, complimentary snacks, and a silent auction.

For more info, call Juan Gonzalez at 213-700-3287, or email palmdalesistercity@gmail.com

President Eisenhower initiated the Sister City Program in 1956. This program works to develop one-on-one community relations with cities in other countries and provides Palmdale residents the opportunity to visit Mexico or volunteer under the sister cities relationship.