LANCASTER – A 78-year-old man who suffers from dementia and a heart condition went missing from his Lancaster home on Monday, and authorities are seeking public help to find him.

Joe Frank Jackson was last seen around 8:30 a.m. Monday, Feb. 3, near his home in the 42500 block of 65th Street West, near West Avenue L 8, according to a news release from the Sheriff’s Information Bureau.

Jackson is described as white, 5-feet-10 inches tall, 160 pounds, with a bald head and some white hair, brown eyes, and a “JFJ” tattoo on his left arm. He was last seen wearing a yellow jacket, blue pants, and a “Seattle” hat.

“Joe suffers from dementia and has a heart condition. His loved ones have not seen or heard from him. They are very concerned and asking for the public’s help in locating him,” according to the sheriff’s news release.

Authorities circulated a photo of Jackson and encouraged anyone with information about the case to contact the Los Angeles County Sheriff’s Department’s Missing Person Unit at 323-890-5500. Those who wish to report anonymously can call 800-222-TIPS.

UPDATED Feb. 5, 2020 – Joe Frank Jackson had been found. Information on where and when he was found was not released by the sheriff’s department 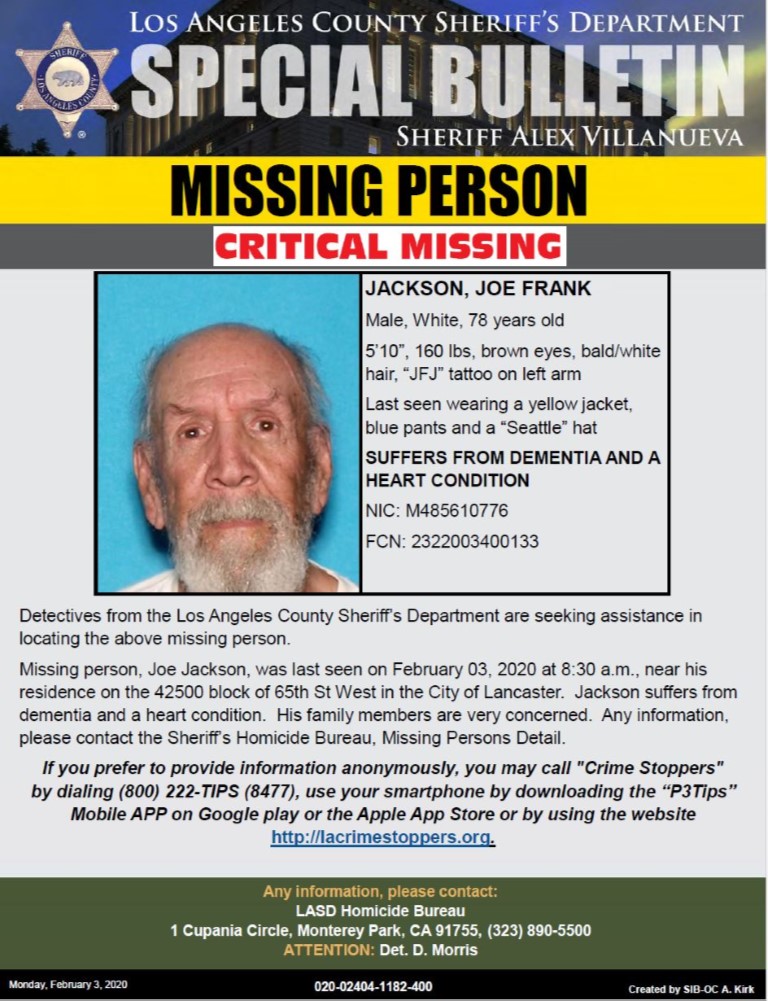