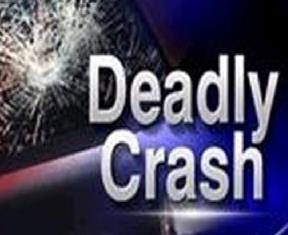 LANCASTER – A driver died Sunday night after he ran a stop sign, swerved to avoid a vehicle and then lost control of his Jeep near a Lancaster intersection, authorities said.

The fatal single-vehicle traffic crash happened around 9:43 p.m. Sunday, Feb. 2, near the intersection of Avenue G and Division Street, according to a news release from the Lancaster Sheriff’s Station.

“Preliminary investigation indicates a male adult in a Jeep was traveling eastbound on Avenue G and reportedly did not stop at the posted stop sign at Division Street. The Jeep apparently swerved to avoid an approaching vehicle traveling the opposite direction on Division Street. The driver of the Jeep lost control and, in doing so, the driver was ejected from his vehicle and was pronounced dead at the scene by responding paramedics,” the news release states.

The driver’s identity has not yet been released pending next of kin notification.

“Speed does not appear to be a factor in the collision. It is unknown at this time if alcohol or drugs played a role,” the sheriff’s news release states.

The collision remains under investigation. Anyone with information is encouraged to contact traffic investigators at the Lancaster Sheriff’s Station at 661-948-8466.

UPDATE: The deceased driver has been identified as 29-year-old Nicholes Madinger of Lancaster, according to the Los Angeles County Coroner’s Office.