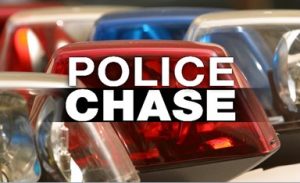 PALMDALE – Authorities chased a suspected drunken driver from Kern County to the Palmdale area Tuesday, where the man surrendered following a lengthy standoff with law enforcement in a residential neighborhood.

The chase began about 6:45 a.m. Tuesday, Jan. 7, when sheriff’s deputies in Kern County notified the California Highway Patrol that they were chasing the car, according to the CHP.

The chase went from the southbound Antelope Valley (14) Freeway to the area of 29th Street East and Avenue R, where the suspect stopped about 7 a.m. and refused to get out of the car.

The man surrendered about an hour later without further incident. His name was not immediately released.