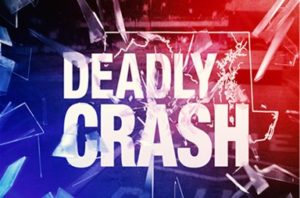 PALMDALE – A 38-year-old Palmdale woman was killed when her car crashed into the back of a big rig on the northbound Antelope Valley (14) Freeway early Friday morning, authorities said.

The fatal collision happened around 2:53 a.m. Friday, Dec. 27, on SR-14 south of Rayburn Road, according to a California Highway Patrol report.

The Palmdale woman was driving a 2018 Kia Sportage in the No. 3 lane “traveling an unsafe speed for the icy roadway conditions,” the CHP report states.

“The front of the Kia Sportage collided into the rear of the Freight-liner. As a result of this collision, [the Palmdale woman] sustained fatal injuries,” the CHP report states. Her name has not yet been released pending next of kin notification.

The big rig’s driver, a 48-year-old man from Victorville, was not injured in the collision. The big rig was loaded with approximately 31,000 pounds of unknown cargo, according to the CHP.

“Alcohol [and/or] drugs are not suspected to be a factor in this collision,” the CHP report states.

Anyone with information regarding this collision is encouraged to contact Officer B. Taggert at the Antelope Valley CHP Office at 661-948-8541.

UPDATE: The deceased has been identified as 38-year-old Bezawit Hailemichael of Palmdale, according to the Los Angeles County coroner’s office.