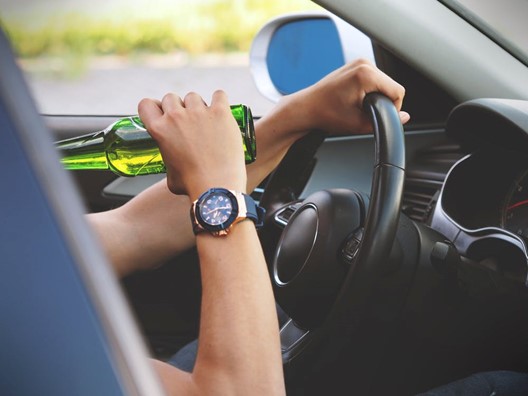 We all know the importance of having a clear head when behind the wheel of a vehicle. However, there are still many people who have no qualms about getting behind the wheel while under the influence of alcohol or drugs. Of course, this puts both them and other people at risk from injuries and even death.

While DUI incidents occur all around the United States, there are many cities in the state of California that have higher than average DUI rates. It can also make life difficult for the driver found guilty of DUI, as it can mean hefty fines, penalties, a ban from driving, and having to apply for California SR22 insurance.

Figures from recent reports have shown that over the past few decades there has been a death caused by drunk driving every 50 minutes, which equates to 29 deaths per day as a result of DUI. Having said that, reports have shown that there has been a decrease in DUI deaths over the past seven years, largely due to increased awareness and stiffer penalties for those found to be driving under the influence.

Figures have also shown that there is a serious issue with drunk driving in California, with eight of the cities in the state featuring in the top 25 cities for DUI. In this article, we will look at a few of the California cities that have higher than average DUI rates.

Some of the Higher DUI Cities in California

So, what are the higher DUI cities across California? Well, as mentioned earlier, they make up a large potion of the top 25 cities based on above average DUI rates. Some of the main ones include:

When it comes to higher than average DUI rates in California, Los Angeles is one of the main offenders, with a DUI rate that is 8 percent higher than the national average. The percentage of drivers with a DUI in Los Angeles stands at just over 1.7 percent, with the county itself having reports of 17 percent of adults who report drinking in excess. The percentage of fatal traffic accidents stemming from alcohol stands at 26 percent for the county.

Another California area that has a high level of DUI incidents is San Diego, which comes in at a massive 62 percent higher than the national average. The percentage of drivers with a DUI in this area stands at 2.56 percent and around 22 percent of adults in the area are reported to be drinking to excessive levels across the whole county. The percentage of fatal traffic accidents involving alcohol in the country is 29 percent.

In San Jose, California, the level of DUI incidents is also very high compared to the national average. In this area, the percentage of drivers that have a DUI stands at 2.45 percent, which puts San Jose a whopping 55 percent higher than the national average for drivers with DUI convictions. There is also a high percentage of road traffic deaths resulting from alcohol, which stands at 30 percent, although it is lower than some other parts of California. The percentage of those reported as drinking excessively in Santa Clara County is 16 percent.

Like Los Angeles, San Francisco has a higher than average rate of DUI drivers, with the percentage standing at 8 percent higher than the national average. Across San Francisco county, around 24 percent of adults are reported as drinking excessively, and the number of road traffic fatalities stemming from alcohol stands at 17 percent across the county. The percentage of drivers that have a DUI in San Francisco is just over 1.7 percent.

The National Fall in DUI Rates

Despite these worrying figures in relation to California, the rate of DUI convictions on a national basis has been falling over the years. This could be due to a variety of factors, one of which is the increased awareness of the dangers of drinking and driving. Far more is done these days to make drivers aware of the importance of not driving under the influence, and this has worked to help reduce the number of people who do this. In addition, there are now very stiff penalties in place for those found to be under the influence when driving, which has worked as another important deterrent. Most people do not want to risk penalties, fines, driving bans, and even prison sentences simply to have a drink when they are driving.

Another factor that may have helped is the increased number of alternative options for those who want to drink. For instance, people can now turn to ride sharing services to get around if they are planning to go out and party rather than risking their lives and the lives of others by getting behind the wheel.