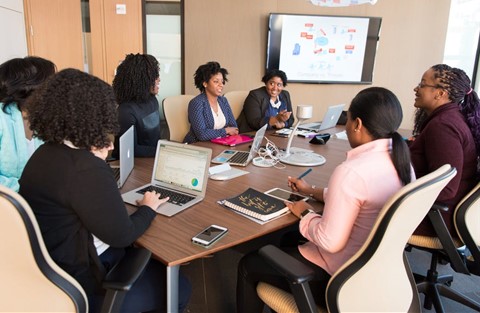 LOS ANGELES – The Los Angeles County Board of Supervisors voted Tuesday in favor of an initiative to recruit and train women for county IT jobs.

Women make up nearly 60% of the county workforce and those with full-time jobs earn an average of $77,634 annually. However, men working for the county earn 15% more, on average, according to Kuehl’s motion. [View it here.]

Part of the reason for the disparity is that women fill a lot of clerical, service and social service jobs that tend to have lower salaries. Men dominate higher-paying engineering, public safety and skilled construction jobs.

Information technology jobs with the county are particularly well-paid — averaging $108,269 in annual salary — but women fill less than 30% of those roles.

“The higher you go in IT, the fewer women you see,” according to Kuehl’s motion.

With the county growing more reliant on IT systems to conduct business and an increasing number of employees retiring, L.A. County needs a new pipeline of IT talent, officials said. The county tends to promote from within to give existing employees a chance to advance, but Kuehl said hiring managers should look more broadly to identify women who would benefit from entry-level IT positions.

The initiative would help women study for the necessary civil service exam as well as building IT skills. Though the focus would be on recruiting women, candidates of all genders would be welcomed — state law bars discrimination on the basis of sex in the public sector. The motion also called for a focus on at-risk youth as potential candidates.

The board asked the county’s director of personnel to work with the CEO and relevant departments and agencies to develop a proposal for the program within 120 days.

13 comments for "L.A. County wants to hire more women for IT Jobs"