Kobe Louis Smith is wanted for burglary and has a no bail warrant, according to a news release from the Lancaster Sheriff’s Station.

Smith is a 21-year-old male with black hair and brown eyes who stands about 5 feet 9 inches tall and weighs around 125 pounds.

Anyone with information on the whereabouts of Kobe Smith is encouraged to contact Detective Keesee at Lancaster Sheriff’s Station at 661-948-8466. 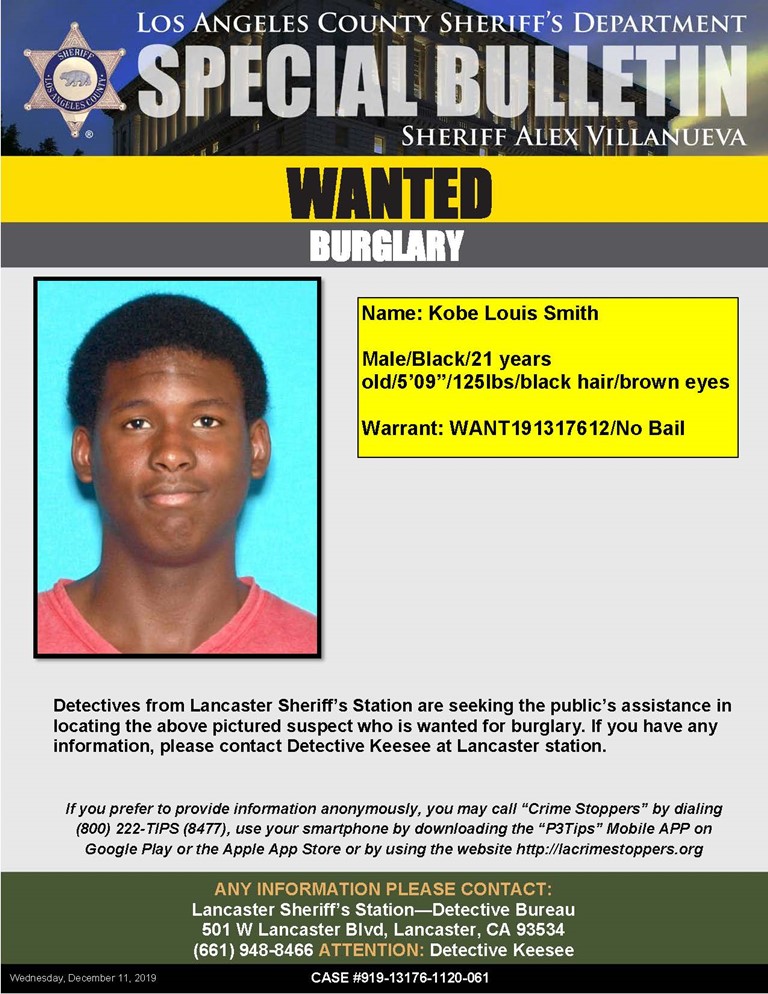