PALMDALE – An emergency homeless shelter opens Monday, Dec. 9, in central Palmdale and will operate through March, according to an announcement by Los Angeles County Supervisor Kathryn Barger.

The shelter will be open 5 p.m. to 7 a.m. daily at the Antelope Valley YouthBuild facility, located at 38626 Ninth Street East, the same location used as a shelter last winter.

People will not be allowed to walk up to the site, but must go to pickup locations.

A van will pick up people daily in Palmdale at:

A shelter also operates at 45160 60th Street West in Lancaster. No walk-ins are allowed there either.

Vans for the Lancaster shelter pick people up at 6 p.m., 7 p.m., 8 p.m., 9 p.m., and 10 p.m. outside Grace Resource Center on Sierra Highway south of Avenue I, and near the Bartz-Altadonna Community Health Center at Gingham Avenue and East Avenue K-6.

Both shelters are open to men and women.

For more information, call the countywide winter shelter hotline is 800-548-6047. 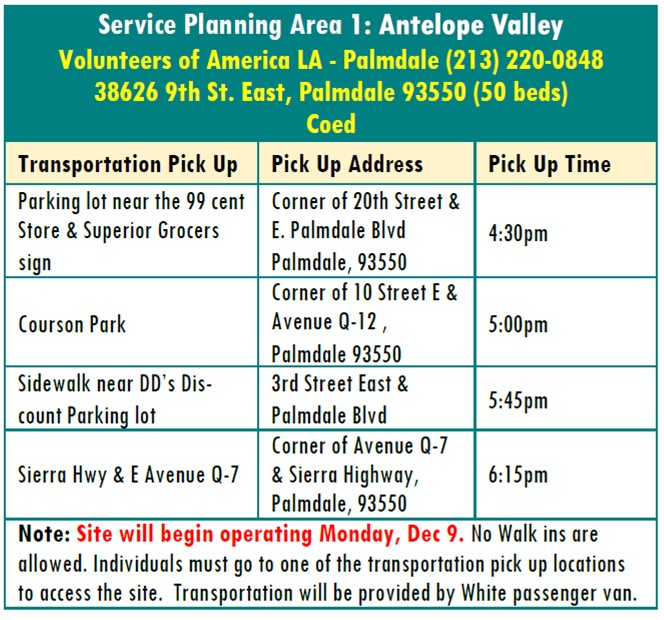 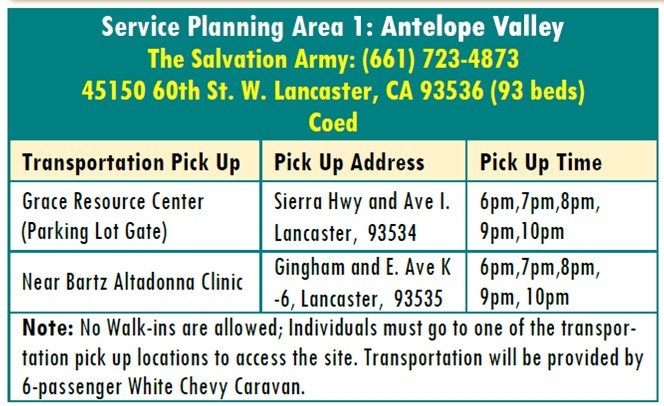 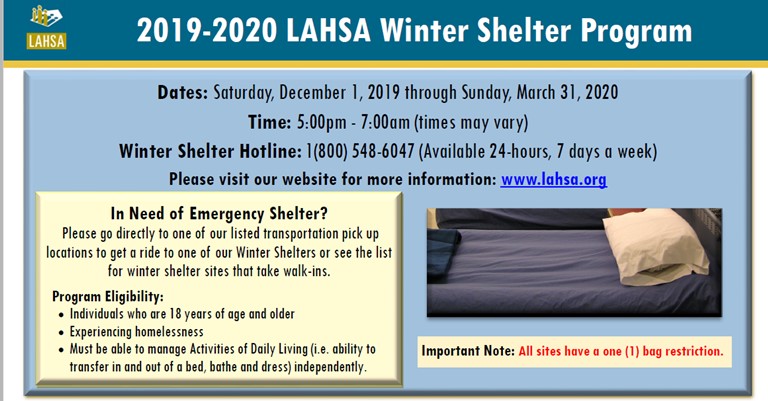