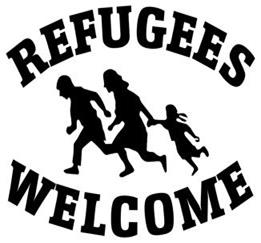 Supervisor Hilda Solis recommended sending a letter to the U.S. Secretary of Health and Human Services to affirm the county’s participation in the U.S. Refugee Admissions Program.

“Refugees flee violence and war to seek safety and protection in other countries like the United States,” Solis said. “Refugees leave behind family and friends, and much of what they own, to escape persecution and death threats due to their race, gender, gender identity, sexual orientation, or religion.”

The number of refugees admitted to the U.S. has declined under the Trump administration. Since he took office in 2017 through September, about 76,200 refugees have been admitted, as compared with nearly 85,000 people admitted in the last full fiscal year of the Obama administration, according to a report by the Pew Research Center.

A cap of 18,000 has been set for 2020 and an executive order issued in September requires local governments to provide written consent to accept refugees.

The majority of refugees to the U.S. in 2019 came from Africa, many from the Democratic Republic of Congo, according to the Pew study. Though patterns shift based on global events, over the long-term, the majority of refugees have come from Asian countries. Roughly a quarter of the 2019 immigrants settled in Texas, Washington, New York and California, with Texas leading by number.

Participation in the county’s Refugee Employment and Acculturation Services program has dropped by 70% since 2016, according to Solis. The program, which helps refugees attain economic self-sufficiency, is available to participants for up to five years after their arrival in the U.S.

The board also directed staffers to develop an outreach plan to increase awareness of the county program among eligible residents.