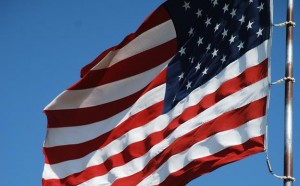 LOS ANGELES – The Los Angeles County Board of Supervisors voted Tuesday to express its opposition to a proposed federal rule that would increase application fees for U.S. citizenship and charge a fee to asylum seekers for the first time in the country’s history.

“This administration has launched yet another targeted attack against hard-working immigrants by proposing to increase the fee to process citizenship applications by 83 percent in order to price out low-income and working-class immigrants from becoming U.S. citizens,” Solis said.

Under the proposal, the cost for U.S. citizenship applications would rise from $640 to $1,170.

The U.S. would be one of only four nations that charge asylum seekers a fee to seek humanitarian protections, according to Solis. Asylum seekers would be charged a $50 fee to process their application and another $490 for a work permit.

U.S. Citizenship and Immigration Services officials have defended the change as necessary to cover operational costs.

“USCIS is required to examine incoming and outgoing expenditures, just like a business, and make adjustments based on that analysis. This proposed adjustment in fees would ensure more applicants cover the true cost of their applications and minimizes subsidies from an already over-extended system,” Ken Cuccinelli, acting director of USCIS, said in a statement issued Nov. 8.

Costs have risen to “adjudicate immigration benefit requests, detect and deter immigration fraud, and thoroughly vet applicants,” according to the statement.

Cuccinelli calculated that the higher fees proposed to be charged for a variety of services reflected a weighted average increase of 21%. Current fees would leave the agency underfunded by approximately $1.3 billion annually, according to an analysis submitted to the Federal Register as part of the package for public comments.

USCIS last raised fees in 2017, by a weighted average increase of 21%.

Solis characterized the rule change as contrary to the country’s pledge to aid and protect vulnerable children and families who are fleeing persecution and death threats in their native countries, and said it would serve as a barrier to lawful migration.

Federal officials have also proposed increasing the fee for the renewal of Deferred Action for Childhood Arrivals status from $495 to $765.

More than $200 million of the new revenues raised would be transferred to Immigration and Customs Enforcement, according to USCIS.

The county board will also share its opposition with its congressional delegation, submit a public comment in dissent, and monitor legal action to consider joining a court challenge to the proposal.