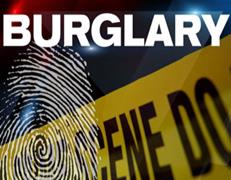 WESTMINSTER – An 18-year-old male from Lancaster was among three who pleaded guilty Tuesday to a smash-and-grab burglary at a Seal Beach store last month and were sentenced four to six months in jail.

Brown was sentenced to 180 days in jail, and Jones and Watson were sentenced to 120 days behind bars. All three will be on formal probation for three years.

A 17-year-old juvenile was also arrested with the three adults, but the status of his case was not known.

The four broke into the Private Sneakers store at 12410 Seal Beach Blvd. on Oct. 25 by smashing through a glass front door, according to Seal Beach police. The thieves took clothes and a cash register, all worth about $3,000, and fled in a stolen car that officers stopped a short distance away from the break-in, police said.