LANCASTER – Detectives have released an image of the suspect vehicle in a hit-and-run in Lancaster last week that claimed the life of a female pedestrian.

The pedestrian — identified by the coroner’s office as 33-year-old Meghan Schneider of Lancaster — was struck around 11:56 a.m. on Saturday, Nov. 2, while crossing 30th Street West near the intersection of Avenue L-4, according to a news release from the Lancaster Sheriff’s Station.

Schneider was struck “by an unidentified black vehicle, possibly a 2 door sedan, that was traveling northbound on 30th Street West. The driver of the vehicle failed to remain at the scene and render aid or call 911 for emergency response to be notified,” the news release states.

Schneider was treated at the scene by Los Angeles County Fire Department paramedics and then transported to Antelope Valley Hospital, where she was pronounced dead.

Investigators on Nov. 7 released an image of the suspect vehicle which was taken from a resident’s surveillance camera. Detectives would like to speak to other residents in the area, particularly those who live near 30th Street West between West Avenue L-4 and L-8, who may have captured the fleeing vehicle on their home surveillance cameras.

Anyone with information or with surveillance footage is encouraged to contact Detective Borruel directly at 661-940-3813 or anonymously by dialing (800) 222-TIPS (8477).

Meghan Schneider’s family members have created an online fundraiser through gofundme.com to help pay for her funeral and memorial costs. Diagnosed with disorganized schizophrenia more than a decade ago, Schneider was in treatment with Mental Health America and had finally reached a comfortable level with her medication management, according to her family members.

“She was a great woman, a kind person, and a free spirit with a big heart… Please help us lay Meghan to rest with the dignity and respect that she deserves and that were not extended to her at the time of her accident and death,” family members said on the gofundme page. 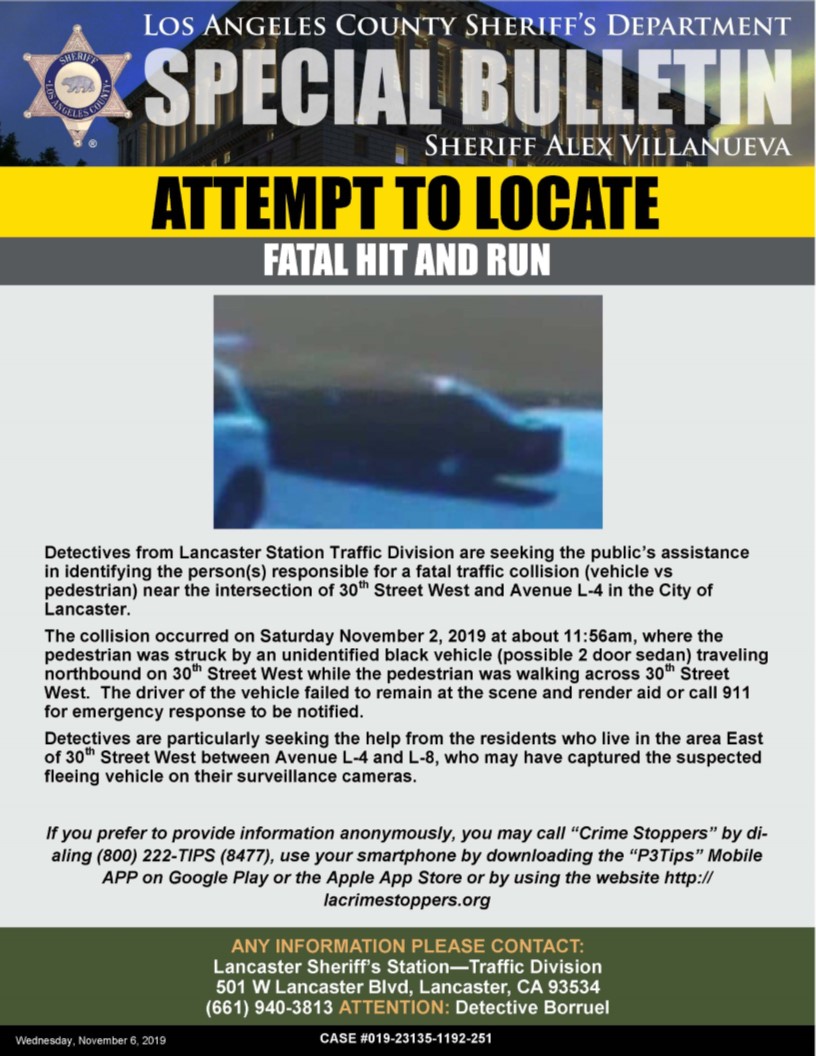