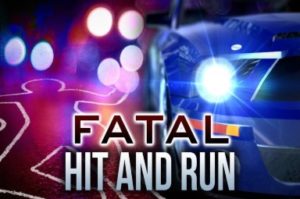 LANCASTER -Detectives are searching for the driver of a dark colored sedan who stopped briefly but then fled the scene after striking and killing a female pedestrian crossing the street in Lancaster on Saturday.

The collision happened around 11:57 a.m. Saturday, Nov. 2, on 30th Street West south of Avenue L-4, according to a news release from the Lancaster Sheriff”s Station.

“Preliminary information gathered at the scene revealed a female adult pedestrian was walking west to east on 30th Street West, south of Avenue L-4. An unidentified dark colored sedan (unknown make/model) was traveling northbound on 30th Street West at an unknown speed. The dark sedan collided with the pedestrian and briefly stopped at the scene, but then fled eastbound on Avenue L-4 and out of view,” the news release states.

The pedestrian was treated at the scene by Los Angeles County Fire Department paramedics and transported to the Antelope Valley hospital where she was pronounced dead, officials said. Her identity has not yet been released pending next of kin notification.

Detectives are reviewing surveillance video of the area to potentially identify the dark colored sedan and its driver, according to the sheriff’s news release.

Anyone with information regarding this hit-and-run collision is encouraged to contact traffic investigators at Lancaster Sheriff’s Station at 661-948-8466.