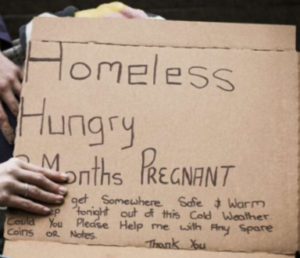 Supervisor Hilda Solis recommended finding ways to provide more resources to help mothers and their babies during pregnancy and with parenting after birth.

“Intervening during pregnancy and infancy to support vulnerable mothers can promote a child’s well-being in the long run,” Solis said. “We must support mothers and their infants by investing in services that help them in those critical first three years of a child’s early development. These efforts are necessary to lift families out of hardship and set them on course to self-reliance.”

The county has the capacity to serve about 24,500 pregnant women and families annually based on available federal and state funding, Solis said, which includes offering help to about 9,500 high-risk families. Another 4,000 women countywide are served by other programs, but Solis’ motion estimates there are 32,300 high-risk women who could benefit from intensive services.

Studies show that home visits lead to lower rates of domestic violence, smoking during pregnancy and a drop in pre-term, low-weight births. In addition to prenatal care, women are given access to parenting resources.

But the county lacks the means to reach pregnant women in homeless shelters, Solis said. Last year, Department of Public Health workers assisted 112 women who were homeless at some point during their pregnancy. The Los Angeles Homeless Services Authority does not track pregnancy in its count of homeless individuals.

One advocate said women who are pregnant and living on the street or in a shelter may not reach out for help.

“A lot of these women will not come forward. They have a lot of shame, a lot of embarrassment,” said Ethel Gardner, found of the Kennedy Austin Foundation, a family crisis intervention center in Pomona.

The board directed mental health, medical and child welfare workers to coordinate with First 5 LA to assess the need and develop recommendations to enhance outreach and referrals. The group will also explore funding sources.

A report is expected back in 180 days.