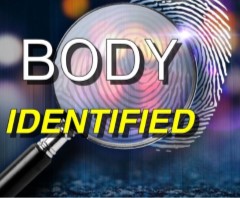 LANCASTER – Authorities Wednesday identified a man whose body was found near a road in the Lancaster area, and they’re continuing the investigation into his cause of death.

The body was discovered in the area of West Avenue I and 37th Street. Detectives were sent to the area around 10:55 a.m. on Oct. 1 to investigate a report of human remains found by a passerby a day earlier along the side of the road, according to the Los Angeles County Sheriff’s Department.

“Upon their arrival, they located the victim… suffering from possible trauma to the back of the head,” a sheriff’s department statement said shortly after the body was discovered. “The body appeared to have been at the location for several weeks.”

The body was identified Wednesday as that of Herman Scarborough, 58, of Lancaster, according to the coroner’s office, which listed his cause of death as “deferred pending additional investigation.”

UPDATE: Herman Scarborough was reported missing from Lancaster in September. He was last seen Aug. 1, 2019, on the 500 block of West Jackman Street, according to an LASD bulletin [see below].