ACTON – A 43-year-old woman who was found dead on the side of a road in Acton may not have died from being struck by a vehicle, and investigators are now seeking to speak with her boyfriend.

Lilia Garcia was found unresponsive about 1:55 a.m. Sept. 14 at the intersection of Soledad Canyon Road and Crown Valley Parkway and pronounced dead at the scene, according to the Los Angeles County Sheriff’s Department.

The death was originally reported as a hit-and-run crash, but as California Highway Patrol officers began investigating, “it became apparent … the incident may not have been a traffic collision and the cause of the traumatic injury to the victim was not immediately identifiable,” according to a sheriff’s department statement.

“Detectives believe Garcia’s boyfriend, 32-year-old … Fabian Agustin Santiago, may have information about her death and would like to talk to him,” according to the sheriff’s department.

Santiago is Hispanic, 5 feet 7 inches tall, weighs about 140 pounds and has black hair and brown eyes.

Anyone with information regarding Santiago’s whereabouts is urged to call the Sheriff’s Homicide Bureau at 323-890-5500. 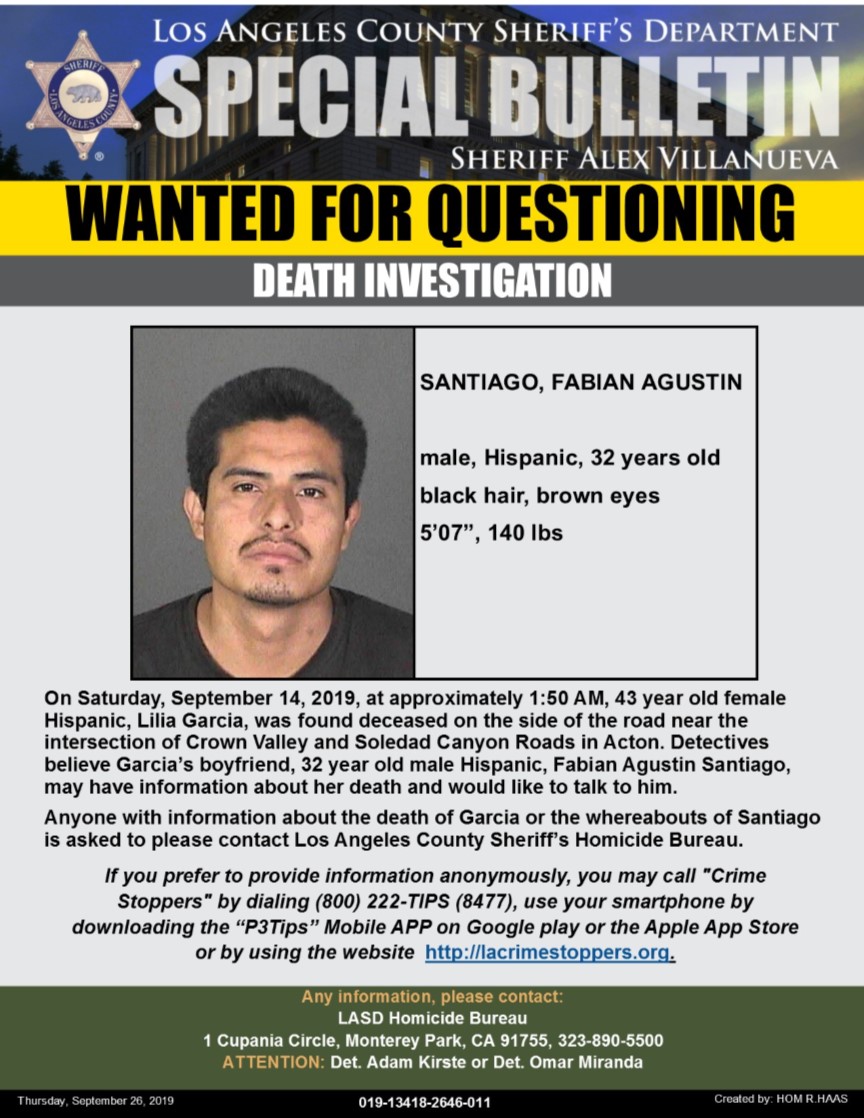