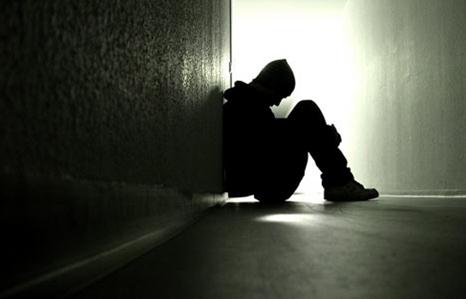 LOS ANGELES – Pointing to a troubling increase in suicide rates, Los Angeles County health officials Tuesday urged everyone to learn about the warning signs and resources available to help save lives.

“Just like CPR, everyone in Los Angeles County can take lifesaving action to help others in need,” said Dr. Curley Bonds, chief medical officer for the Department of Mental Health. “Suicide can be prevented if we know the symptoms and the signs.”

Bonds and other mental health advocates appeared outside the Kenneth Hahn Hall of Administration downtown, hoping to raise awareness about the prevalence of suicide and to push back against the stigma around discussing mental health problems.

Suicide deaths countywide increased by more than 15% from 2012-2017, the latest year for which data is available, according to the 2019 Suicide Prevention Report to the Community.

Of the 891 people who took their own lives in 2017, 93 were military veterans and 27 were children and adolescents. One in seven youth surveyed considered suicide at least once in the prior year.

“We know suicide disproportionately affects some specific communities, and our effort includes targeted outreach to those who need it most, including our first responders who face immense stress and trauma on the job,” Barger said.

Experts say efforts to help those in distress are often hampered by the stigma that surrounds mental illness and prevents people from talking about their problems.

“We are facing a crisis,” said Angela Padilla, a mental health advocate who appeared with her husband, Secretary of State Alex Padilla. The stigma around mental illness “isn’t just only a roadblock … (but) can be a dead end.”

She said her advocacy was borne out of experiences with her mother, who has lived with bipolar and schizoaffective disorders for decades.

Warning signs of suicide can include talking about wanting to die or expressing feelings of hopelessness and desperation. Reckless behavior and sudden mood changes can also signal trouble.

More than 18,000 people with a Los Angeles area code selected that veteran option when calling the line between July 2017 and June 2018.

Asked about the factors behind youth suicides, Department of Public Health Director Barbara Ferrer pointed to the pervasiveness of social networks.

“Social media, unfortunately, has not been our friend … people’s ability to say mean things, to take no responsibility for their actions, to spew hate is just magnified,” Ferrer told City News Service. To those on the receiving end, the online onslaught can seem “relentless.”

Real life connections can help combat those pressures, Ferrer and others said.

Tracie Andrews, co-chair of the Los Angeles County Suicide Prevention Network, told those assembled, “There is a hero in each of us, that can assist someone in finding their reasons for living.”