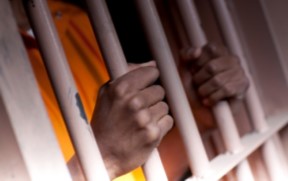 Every year since the early 1990s, nearly half of all homicide victims have been black men. Given that African-American males represent only about seven percent of the U.S. population, their disproportionately high victimization rate represents a staggering and often-ignored figure.

Despite this disheartening statistic, there is some good news. Since the early 1990s, murder rates have dramatically plummeted. While the cause for this decline is debatable, the benefit is not. Black men, more than any other sociodemographic group, are living significantly longer lives specifically because of lower homicide rates.

Professors Patrick Sharkey and Matthew Friedson calculate, in more tangible terms, the benefits of lower homicide rates in their landmark study, “The Impact of the Homicide Decline on Life Expectancy of African American Males,” Demography (March 5, 2019). This study shows that from 1991 to 2014, the life expectancy of black men increased by 0.8 years, entirely due to lower homicide rates. For every 100,000 African-American males, this increase translates to an additional 1,156 years of life.

No other group experienced such an increase. Sharkey/Friedson calculated that this precipitous drop in homicide rates closed the life expectancy gap between whites and blacks by 17 percent. This development is an unsung miracle in the march for racial equality.

Despite this progress, racial disparities in victimization remain stark. Professors Sharkey and Friedson calculate that the homicide rate is 2.4 per 100,000 for young white men (15-24), in contrast to a striking 38.6 per 100,000 among young African-American men. Being a young black man in America is about as safe as living in El Salvador, a country devastated by gang warfare. We must do better.

The progress made since the 1990’s is now under threat. We are again seeing a rise in national homicide rates, although not yet approaching early 1990s levels. According to the FBI, murder rates increased 23 percent overall from 2013 to 2017, and the racial gap in these rates worsened. African-Americans experienced a 25 percent increase compared to a 19 percent increase for whites. In one year alone, from 2014 to 2015, the rate of murder victimization among blacks increased by 15 percent – nearly double that of white victims.

We still enjoy historically low murder rates, but the warning signs are clear. An increase in murder rates will disproportionately hurt young black men. If current trends continue, we risk erasing two decades of meaningful progress toward eliminating this unacceptable disparity in black and white men’s life expectancy. Dramatically changing or experimenting with our criminal laws – at a time when racial disparities in life expectancy are finally decreasing – should be approached with caution.

13 comments for "Op-ed: The racial disparity of murder victimization"