LANCASTER – If you recognize the man in this suspect sketch, then Lancaster Sheriff’s Station detectives would like to hear from.

The suspect is wanted for attempted kidnapping.

He is accused of trying to kidnap a victim near 10th Street West and Avenue K-8 in Lancaster.

The suspect is described as a white male, between 28 and 32 years old, about 5 feet 10 inches tall, about 160 pounds, with blonde hair. He was last seen near 10th Street West and Avenue K-8 driving a black, late 90s model Honda Civic sedan. No further details were immediately released on the alleged crime.

Anyone with information on the identity or location of this suspect is encouraged to contact Detective Volk at Lancaster Sheriff”s Station at 661-948-8466. 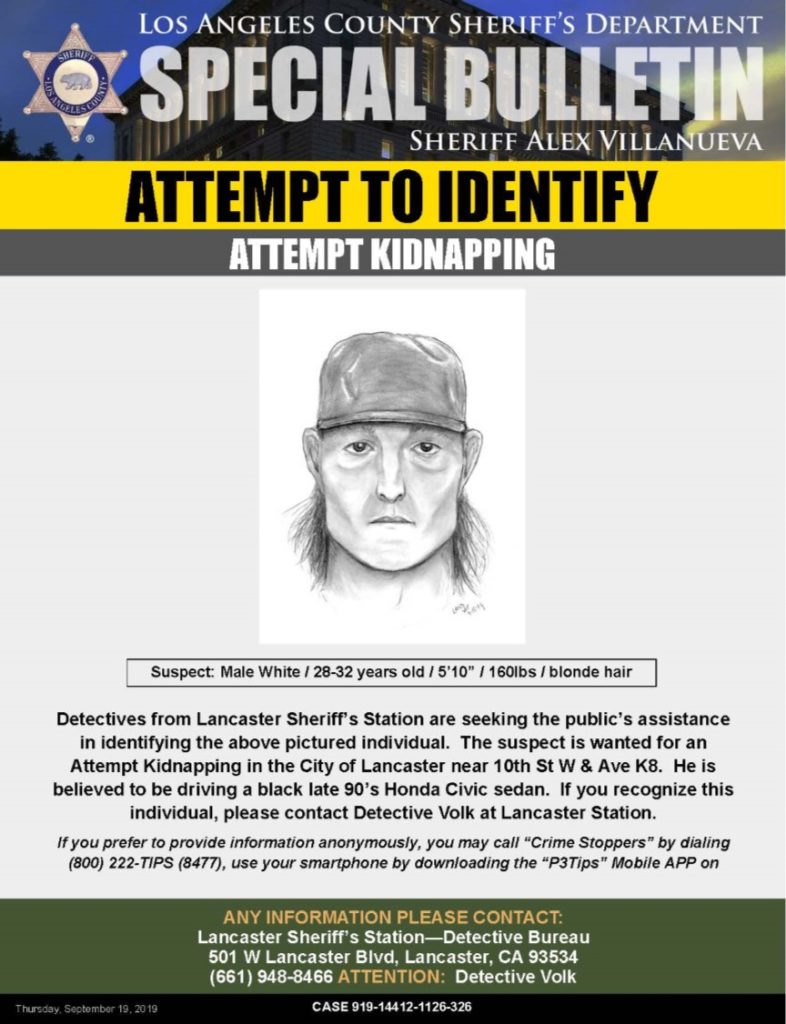