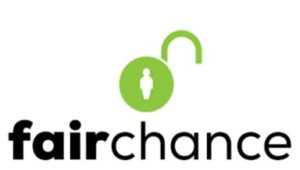 LOS ANGELES – Los Angeles County supervisors and local business leaders Monday announced The Fair Chance Hiring Initiative, which is aimed at encouraging companies to employ people who have been rehabilitated through the criminal justice system.

“We challenge employers to think outside the box when making their hiring decisions,” said Los Angeles County Supervisor Hilda Solis, who authored the motion to establish the Fair Chance campaign. “Studies clearly show that hiring rehabilitated people with past (criminal) records is a smart business move. They work harder, stay longer and promote faster than other employees.”

Solis said the county offers incentives and support to businesses that hire people with a criminal record.

“Everyone deserves a fair chance to get back on their feet, and when they do, everyone benefits,” she said.

Business executives will be asked to sign the Fair Chance Hiring Pledge, a commitment to give individuals with a criminal background the chance to apply for a job. The pledge is available at www.fairchance.lacounty.gov.

Companies that sign the pledge will receive guidance from Los Angeles County business services representatives, who will work with them to recruit and retain qualified job candidates. County officials said businesses that hire formerly incarcerated people can be eligible for tax credits, training reimbursement and other resources.

“Hiring justice-involved individuals is not only good for business but provides an opportunity to transform lives,” County Supervisor Mark Ridley- Thomas said. “Stable employment can help individuals reenter society with the tools they need to lead healthy and productive lives, leading to greater safety in our communities.”

County officials said studies have shown about one in three working-age Americans has a felony criminal record and up to 65% of individuals released from incarceration are unemployed a year after their release.

“We have been hiring reentry individuals for several years and can attest to the dedication, reliability and incredible work ethic of our justice- involved employees,” said Ken Wiseman, the chief workforce development officer at AMS Fulfillment.

The Fair Chance Hiring Campaign also seeks to raise awareness of the State’s Fair Chance Act, which took effect last year. The law generally prohibits businesses with more than five employees from asking about a job candidate’s criminal record before tendering a conditional job offer, according to The California Department of Fair Employment and Housing.