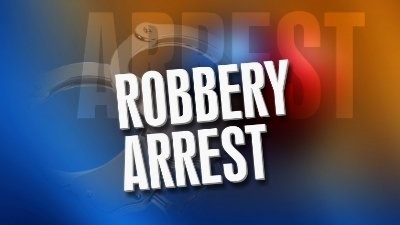 The robberies were in the city of Palmdale and unincorporated area of Pearblossom, according to sheriff’s officials.

In each case, an armed suspect demanded money and the suspect, vehicle, and weapon descriptions were confirmed via surveillance footage, officials said.

Deputies located two suspects in a vehicle in the area of the robberies, and both suspects and vehicle were positively identified by a victim, officials said.