The man and woman are accused of using an EBT card, believed to be stolen during a local home burglary, to purchase groceries at a Vons supermarket in Palmdale.

The home burglary happened on July 13 in Palmdale, according to an LASD bulletin.

Five days later, on July 18, the suspects were seen purchasing groceries with the victim’s EBT card at the Vons, located at 3027 Rancho Vista Boulevard, according to the sheriff’s bulletin.

Anyone with information regarding the suspects’ identities or similar cases is encouraged to contact Detective Wolf at the Palmdale Sheriff’s Station at 661-272-2611. 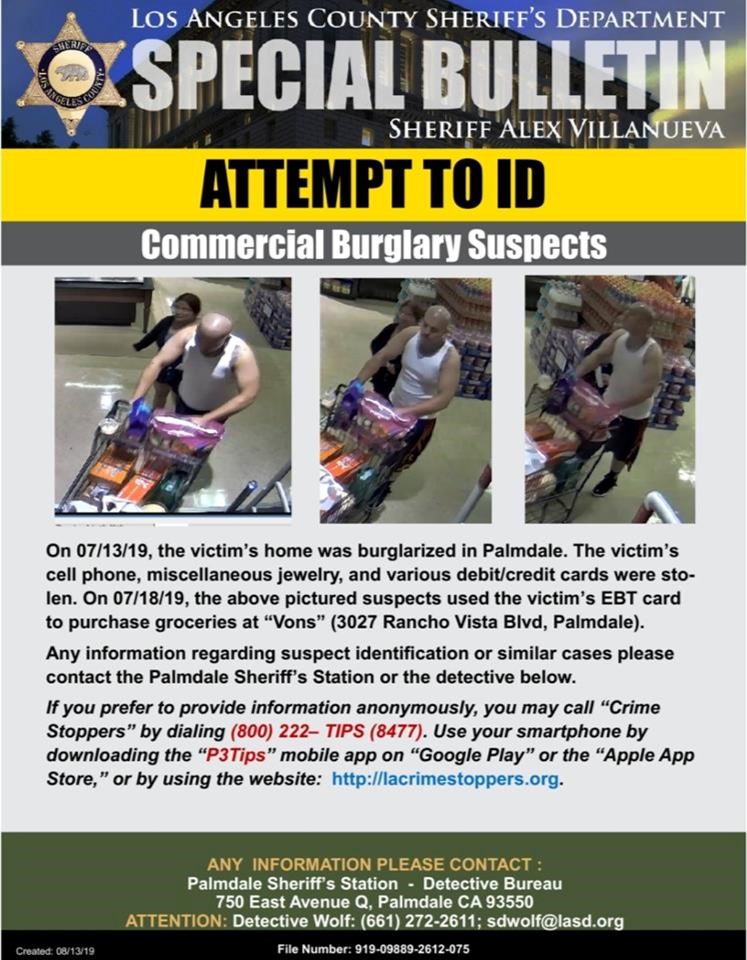