LITTLEROCK – A man suspected of shooting a man to death and wounding another in Littlerock has turned himself in to the sheriff’s department, authorities said.

The man who died at the scene — identified as Michael Robbins — suffered a gunshot wound to his upper body. The second victim was taken to a hospital, where he was treated for serious injuries and is now in stable condition, authorities said. Both victims were in their 50s. Their relationship to each other is unknown.

Garcia is being held without bail, and he is due in court on Aug. 20, according to LASD inmate records.

The shooting remains under investigation and no further information is being released at this time. 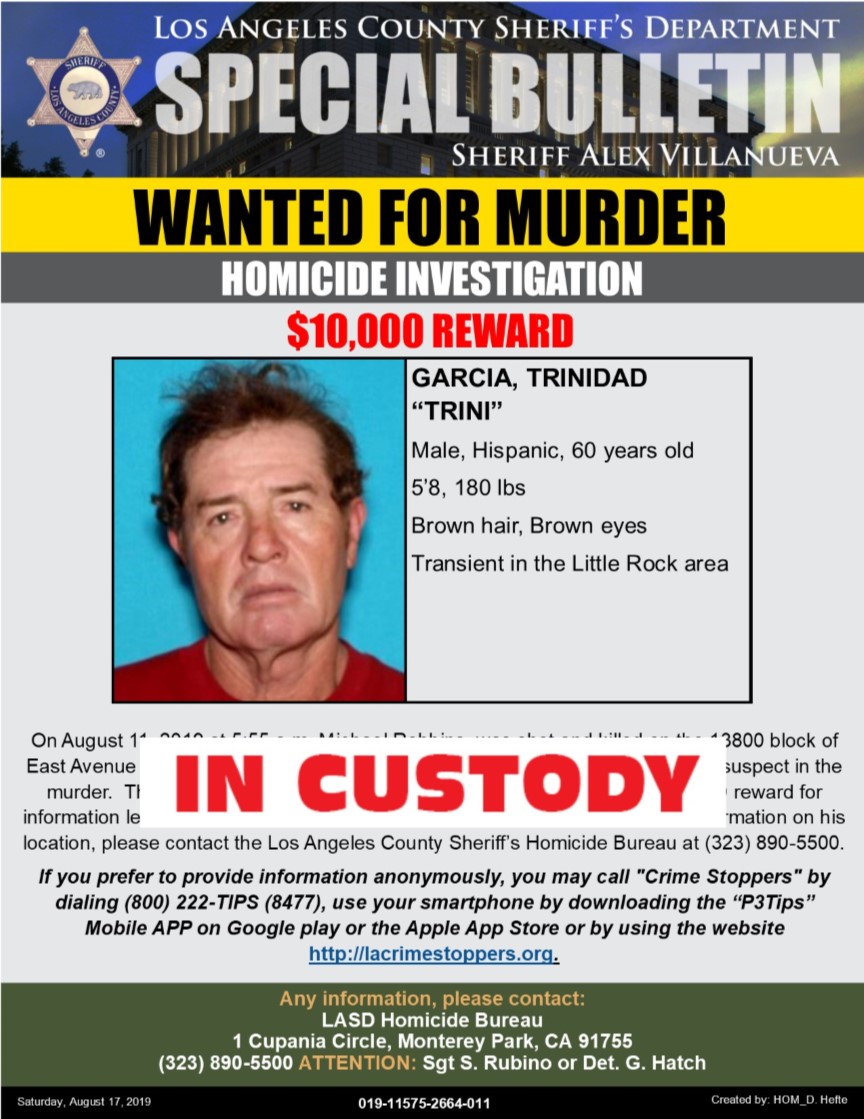 3 comments for "Suspect in Littlerock shooting death turns himself in"