LITTLEROCK – Sheriff’s investigators have named the suspect who allegedly shot and killed one man and critically wounded a second over the weekend in Littlerock.

The shooting occurred around 5:55 a.m. Sunday, Aug. 11, in the 13800 block of East Avenue R-6, according to the Los Angeles County Sheriff’s Department.

“Deputies assigned to Palmdale Station responded to the location regarding a gunshot victim call. When they arrived, they found two victims suffering from what appeared to be gunshot wounds,” sheriff’s officials said in a news release.

The man who died at the scene — identified as Michael Robbins — suffered a gunshot wound to his upper body. The second victim was taken to a
hospital in critical condition, officials said. Both victims were in their 50s. Their relationship to each other is unknown.

The suspected shooter was identified as Trinidad ”Trini” Garcia, 60, who was described as a transient in the Littlerock area. He fled the scene in a blue 2004 Hyundai Elantra with the California license plate 5LJE903, according to a news release from the Sheriff’s Information Bureau.

Anyone with information about the shooting or Garcia’s whereabouts is urged to call the Sheriff’s Homicide Bureau at 323-890-5500. Anonymous tips can be submitted through Crime Stoppers at 800-222-TIPS (8477) or at lacrimestoppers.org.

Previous related story: One dead, one injured in Littlerock shooting 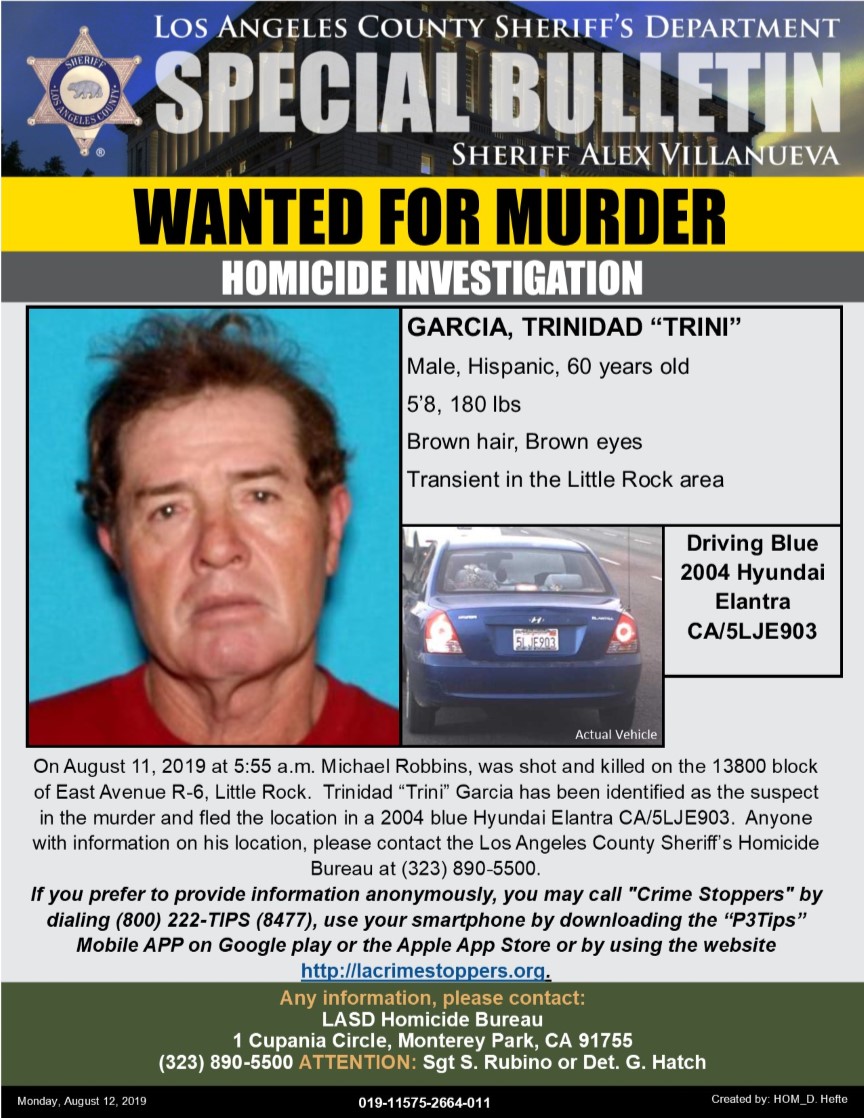