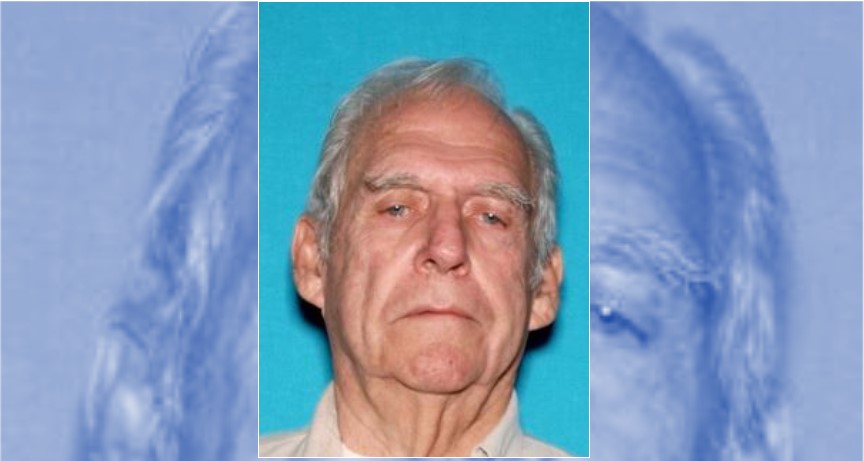 LANCASTER – The California Highway Patrol and sheriff’s investigators are asking for the public’s help to find an 81-year-old man with Alzheimer’s disease last seen in Lancaster earlier last week, then in Northern California Thursday.

John Alan Baker was seen at 10 a.m. Wednesday, Aug. 7, leaving the 7300 block of Sandpiper Drive in Lancaster in a 2017 Lincoln MKZ with the California license plate 7YFD932, according to the sheriff’s department.

Baker was then seen Thursday, Aug. 8, in Piercy in Mendocino County about 200 miles north of San Francisco, the CHP said in a Silver Alert issued Friday for Los Angeles County and four Northern California counties — Humboldt, Lake, Mendocino and Sonoma.

He was wearing a button-up shirt and jeans when he was last seen.

Anyone with information regarding Baker’s whereabouts is urged to call the sheriff’s Missing Persons Unit at 323-890-5500 or 911. Tipsters can also call Crime Stoppers at 800-222-TIPS. 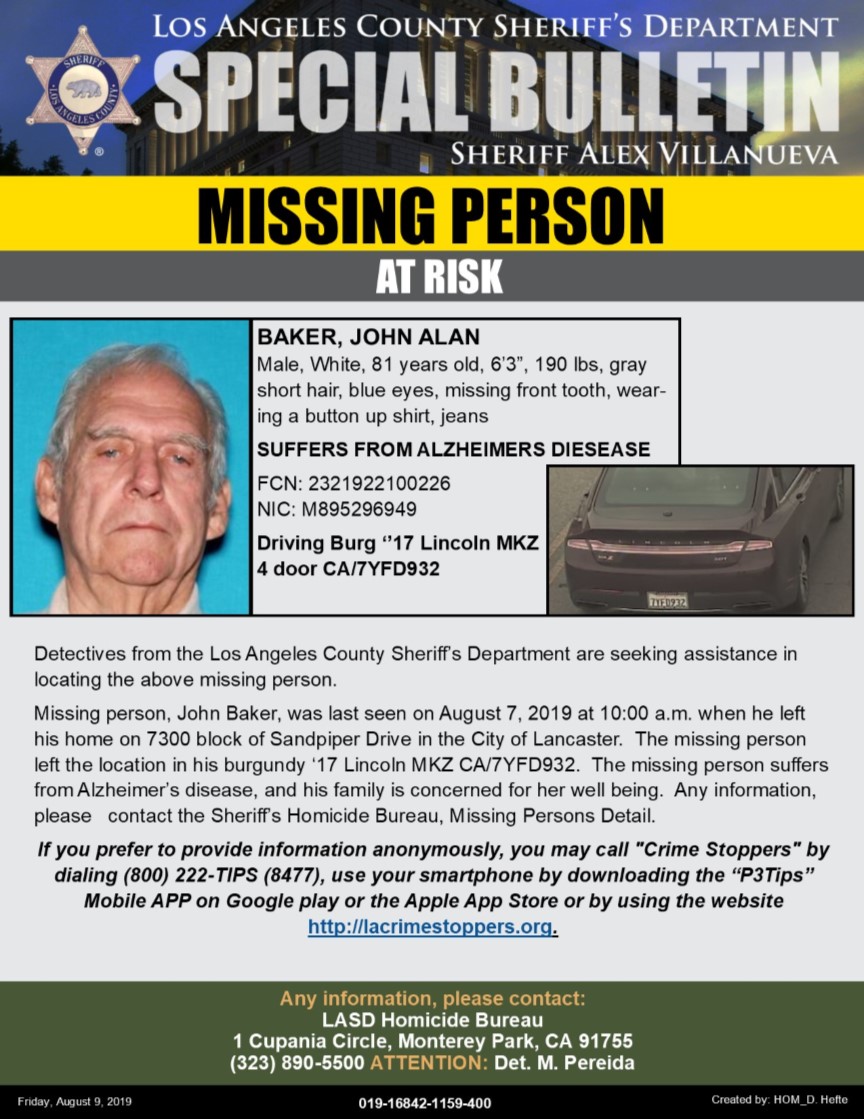