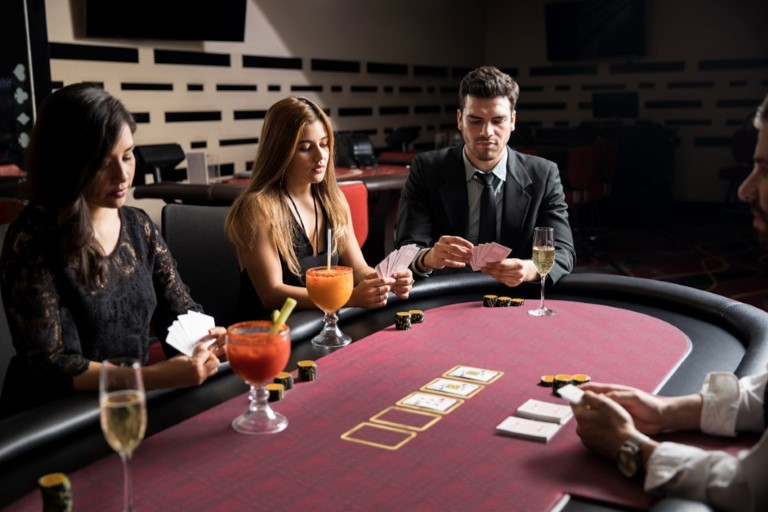 Compared to many other states, California has a relatively liberal and accepting view of gambling. As a result, the gambling economy is quite lively – however, it’s almost entirely supported by Native American-run casinos.

There are more than 60 Native American-run casinos in California alone, with 200 different recognized reservations operating these establishments nationwide. In fact, Native American casinos are thought to generate more revenue than Atlantic City and Las Vegas combined. This isn’t bad for an industry that has only been running since the Indian Gaming Regulatory Act of 1988 paved the way for gaming on reservation land.

The laws were revised again in 2000, fully legalizing Native American casinos and giving the state the ability to negotiate with owners over exactly what games and machines were allowed in their casinos.

The history of gambling regulation in California 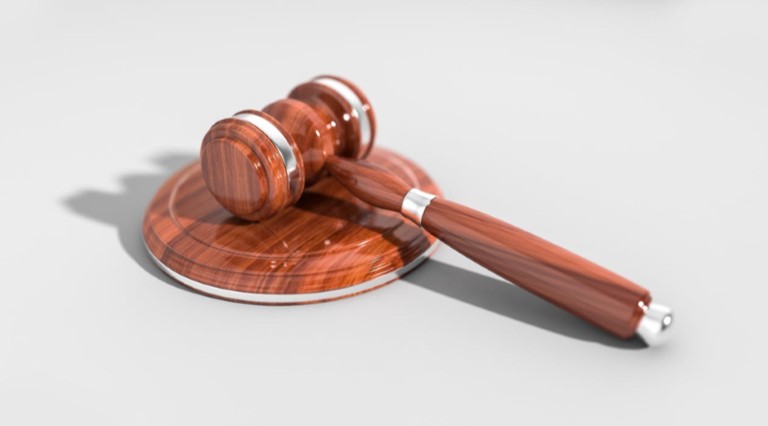 California has a very detailed set of gambling laws with specific games being named on allowed and banned lists. This doesn’t just apply to Native American casinos either, with the card clubs, charity events and even home games being regulated. Although gambling has been popular in the state since its inauguration in 1850, it was only in 1933 that the first regulatory laws came in. These laws legalized on-track horse betting and the racing industry is still thriving in California today.

The laws weren’t altered again until the 1980s, when as well as Native American casinos being legalized, the state lottery was created. Running for over 30 years now, the California state lottery is hugely successful and has seen billions of dollars of prize money being handed out to winning tickets, as well as investment in state healthcare, education and services. 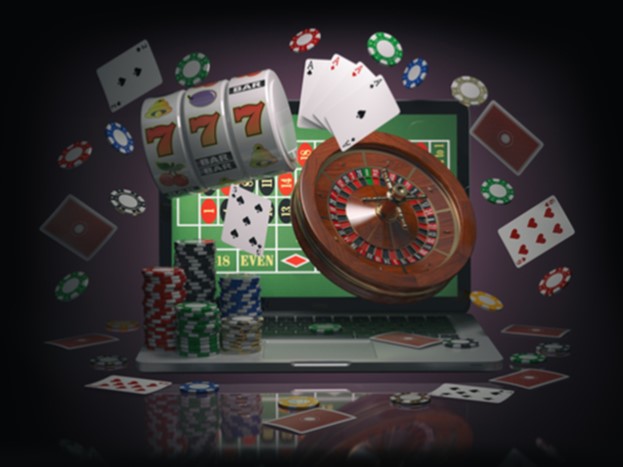 In the last decade there has been a growing demand for further alterations of the state’s gambling laws, this time surrounding the legalization of online gambling.

The reason why is clear. Powered by enhancements in digital technology, online casinos are better, faster and more engaging than ever before. Players have been ditching land-based casinos to play online in huge numbers – and as such, online gambling is now worth over $70 billion worldwide. With change sweeping the industry, many believe California’s gambling laws have become outdated.

So far, only online horse betting is permitted in California, but several bills have been submitted requesting that other types of betting should also be allowed. All of these bills have so far been turned down, with the latest failing to even gather a single signature in support. Online poker has faced similar problems, with 16 attempts ending in defeat – despite poker being a very popular pastime. 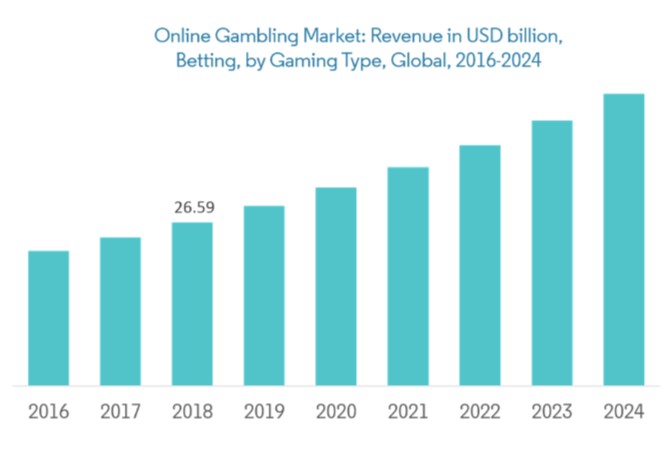 The Native American casinos are often cited as being one of the main forces campaigning against the legalization of online gambling. Since the Supreme Court repealed the PASPA ruling in May 2018, Vegas casino magnate Sheldon Adelson has led an anti-online gambling campaign and donated over $100 million to the Republican Party. It’s now unlikely gamblers in the US will be able to play online casino games like so many players across the world.

However, would the change really hurt their revenues that much? Figures from other countries suggest that those likely to engage with online gambling come from a different demographic than those who traditionally visit casinos.

In the UK, for example, where the online casino industry is not only permitted but thriving, recent statistics show that online gambling is more popular with the under 35s, whereas land-based casinos see the most footfall from players in their 40s. In fact, the usage of online casinos also falls dramatically among people in this age group.

How are UK casinos regulated?

There are many online casinos with licenses to operate in the UK. The entire industry is regulated by the Gambling Commission, a government agency set up to issue licences and ensure that casinos are meeting their regulations and responsibilities relating to:

As such, the industry maintains complete transparency, with anyone being able to see where the money is made, is going, and who is betting with it. So everyone benefits – especially the players, who get to choose between a host of different online gambling operators. With an exciting range of games, here’s a leading online casino in the UK where players can enjoy having a flutter anytime, anywhere and on any device.

Another condition for getting a gambling license is to agree to the UK’s tax laws: all profits are subject to a 20% tax with the money going into the government’s coffers. This money is then reinvested into vital public services such as transport, schools and hospitals. Last year the online gambling sector in the UK declared a gross gambling yield of £5.6 billion, with all taxes ploughed back into the economy.

Should California update its gambling laws? 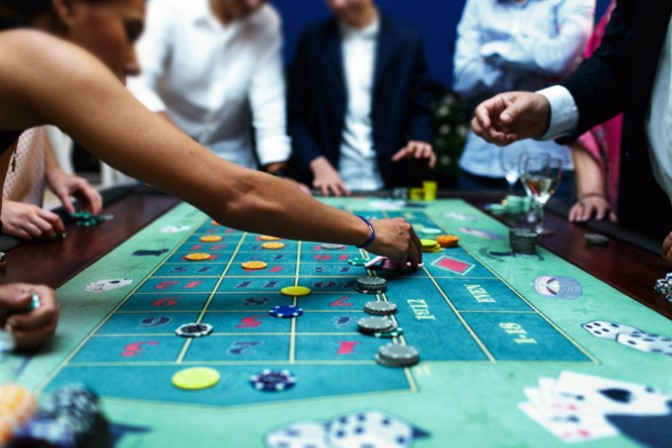 A similar system could be beneficial for California, helping to increase an already buoyant economy even further. So far, with no legalized and regulated online casinos, any profits made from illegal online gambling are lining the pockets of foreign corporations.

What’s more, the state could be missing out on a way to engage with the next generation of adults. A generation who are more technologically savvy, but often don’t have the time to travel to a casino and spend an evening playing. This new generation enjoy gambling little and often, perhaps utilizing a lunch break or train journey home in order to place some bets or play a few slots.

Rather than creating competition for the existing land-based casinos, online gambling could enhance their popularity by making their games accessible off-site, which may then encourage people to visit, as they are already familiar with what they can expect to find there.

Antelope Valley residents in particular, might welcome the ability to gamble online, as there are very few legal gambling establishments within a reasonable distance. For those willing to make a drive for their night’s entertainment, the nearest choices include Diamond Jim’s Casino, a card club in Rosamond, and San Manuel Indian Casino and Bingo in Highland, offering table card games and a wide selection of slot machines. Both are popular local businesses and offer food and drink alongside the entertainment.

San Manuel also has late night entertainment venues with DJs and live bands playing in the bars. It seems a shame that the bigger cities Palmdale and Lancaster haven’t taken the opportunity to provide gambling venues for their citizens. Of course, Native American casinos are only allowed on reservation land, but there are no restrictions over where a card club can be set up.

Perhaps it is time for California to get with the times and follow in the footsteps of New Jersey, Delaware and Nevada to provide universal access to gambling games and entertainment, by allowing and regulating online gambling within its boundaries. As the UK serves to illustrate, a fully legal and regulated online gambling industry can provide more options for players, and also a healthy revenue stream for the government.