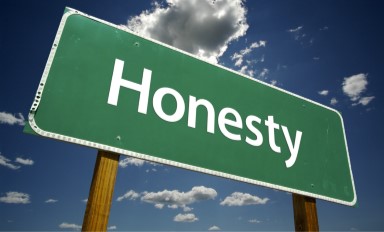 LOS ANGELES  – The Los Angeles County Board of Supervisors approved a policy Tuesday clarifying that county employees shall be held accountable for lying.

The policy stems from an April 2017 board motion aimed at making it easier to fire deputies, social workers or other county employees who cannot be trusted.

Then-Sheriff Jim McDonnell was pushing back against a Civil Service Commission that allowed deputies to keep their jobs despite having lied. And four social workers and supervisors — who are still awaiting trial — were charged with falsifying records related to Gabriel Fernandez, an 8-year-old Palmdale boy who was tortured to death by his mother and her boyfriend.

Chief Executive Officer Sachi Hamai recommended the honesty policy in November 2017 as one way to improve accountability within the civil service process.

While Hamai said there were already mechanisms in place to deal with acts of workplace dishonesty, the new policy would put public safety employees and others in critical positions on notice that they would be held to the highest standards.

At the time, she advised including a reference to the Law Enforcement Code of Ethics, which does not seem to have made the final cut.

— Departments shall hold all employees accountable when dishonest, untruthful or when demonstrating a lack of integrity;

— Departments shall hold employees, including those working in public safety, patient care, judicial affairs, and those holding fiduciary responsibilities to clients, to high standards of honesty and conduct; and

— Departments shall issue appropriate levels of corrective action, which may include discipline up to and including discharge from county service, to those employees who act dishonestly, untruthfully, and/or who demonstrate a lack of integrity.

None of the board members commented on the issue before voting to approve the change along with a number of other items on the agenda.

The new policy comes as the board continues to fight a court battle with Sheriff Alex Villanueva about his reinstatement of Caren Carl Mandoyan, a deputy previously terminated based on evidence of domestic violence. Villanueva reinstated him, saying Mandoyan was unfairly terminated, and promised the deputy back pay. The county has refused to pay the deputy, who remains on duty.

A hearing on the county lawsuit is set for Aug. 16.