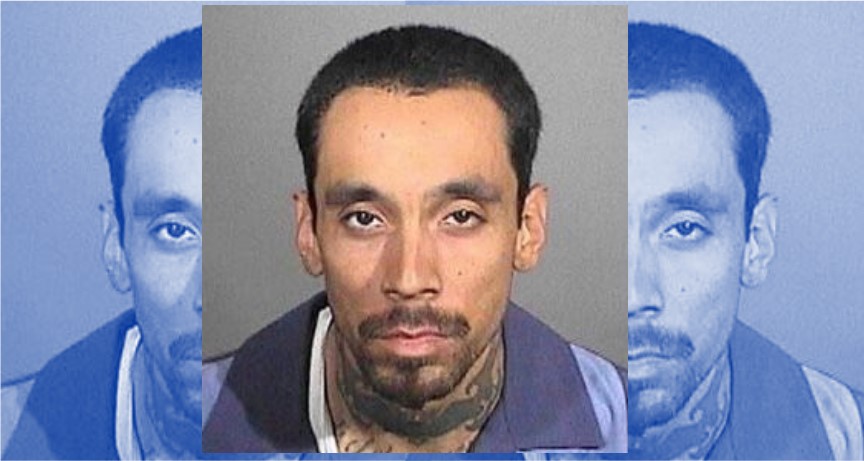 LANCASTER – Sheriff’s investigators are seeking the public’s help to find a 40-year-old man wanted for assaulting his ex-wife and carjacking her vehicle in Lake Los Angeles.

The alleged domestic violence and carjacking occurred around 7:45 p.m. on June 24, according to the Los Angeles County Sheriff’s Department.

Robert Martinez “showed up at his ex-wife’s house in Lake Los Angeles and assaulted her after an argument,” according to a sheriff’s bulletin.

“When she tried to leave in her vehicle, he forcefully removed her and drove off in her vehicle. It was recovered two days later,” the bulletin states.

Martinez is described as Hispanic, 5 feet 11 inches tall and about 200 pounds, with black hair and brown eyes.

Anyone with information regarding Martinez’s whereabouts is urged to call Lancaster Sheriff’s Station Detective D. Clark or Culotta at 661-948-8466.  Anonymous tips can be submitted through Crime Stoppers at 800-222-TIPS or lacrimestoppers.org. 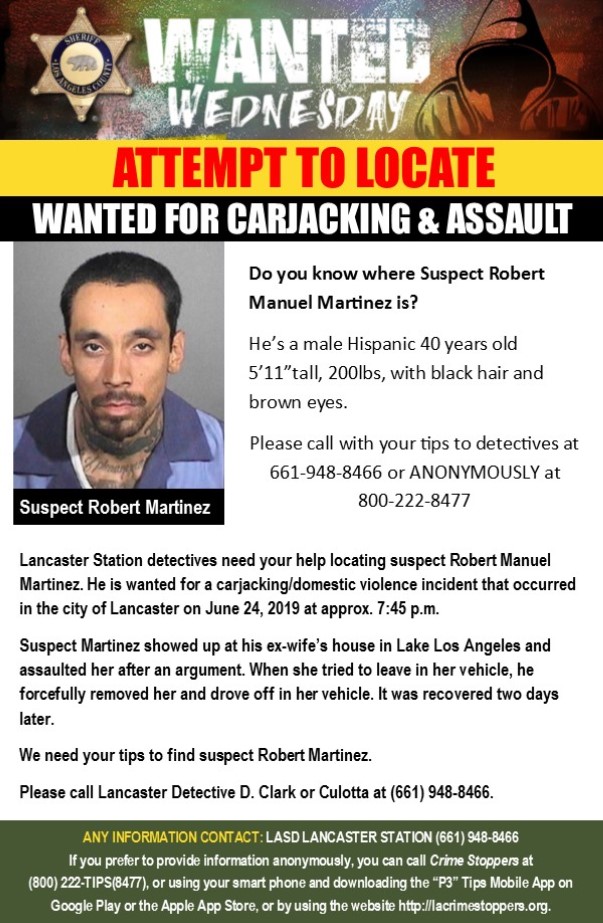