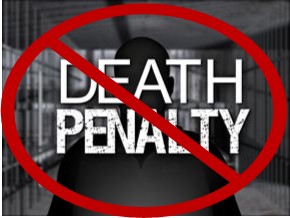 LOS ANGELES – A group of law professors and legal scholars released an open letter Wednesday calling on District Attorney Jackie Lacey to stop seeking the death penalty in murder cases, citing a report that the convicted killers who have been sentenced in Los Angeles County to death while she has been in office are all “people of color.”

“Not only does Lacey seek and obtain the death penalty more often (than) almost any other prosecutor, those sentenced to death under her watch have been exclusively people of color,” according to the letter, which is signed by professors from universities including USC, UCLA, UC Irvine, Loyola Law School and Pepperdine. “She pursues the death penalty in the face of terrible defense lawyering and not withstanding a moratorium on executions in California.”

The letter, signed by 75 law professors and legal scholars,  notes that “a majority of Los Angeles County voters favored the abolition of capital punishment in both 2012 and 2016.”

A report released last month by the American Civil Liberties Union — which called for the district attorney to “step up and step away from the death penalty” — noted that 13 of the inmates who were sentenced to death since Lacey was sworn in as the county’s top prosecutor in December 2012 were Latino, while eight were black and one was Asian. The report noted that no county in the United States has produced more death sentences than Los Angeles County, with nearly a third of California’s death row inmates coming from the region.

In a letter released earlier this month, Lacey countered that she has “asked for and received death sentences for eight defendants in some of Los Angeles County’s most horrendous killings,” including the torture-murder of an 8-year-old boy in Palmdale and the killings of five people at a homeless encampment in Long Beach.

“I mention race because my office recently was criticized for its record on the death penalty,” Lacey wrote. “My prosecutors make decisions based on the facts of the crime — not the race of the defendant or the victim. In Los Angeles County, a committee of experienced and diverse prosecutors examine the facts of these cases, including mitigating circumstances presented by the defendant and his attorneys, in one of the nation’s most extensive review processes.”

In a statement shortly after the open letter was released, Shiara Davila-Morales of the District Attorney’s Office said, “The law has not changed and, until it does, Los Angeles County prosecutors will continue to fairly evaluate all special circumstance cases and seek death against the worst of the worst offenders, including child murderers and serial killers. In Los Angeles County, our office has sought a death sentence for less than 3 percent of the approximately 1,200 defendants who, under the law, may be punished for their crimes by death.”