LANCASTER – Detectives from the Lancaster Sheriff’s Stations are asking for the public’s help to locate Robert Martinez, a 40-year-old man wanted for carjacking and domestic violence.

Martinez is described as Hispanic, with black hair and brown eyes, around 5 feet 11 inches tall, and about 200 pounds, according to an LASD bulletin.

“There are several warrants for his arrest, including a no bail warrant,” the sheriff’s bulletin states.

Anyone with information on the location of Robert Martinez is encouraged to contact Detective Clark or Detective Culotta at the Lancaster Sheriff’s Station at 661-948-8466. 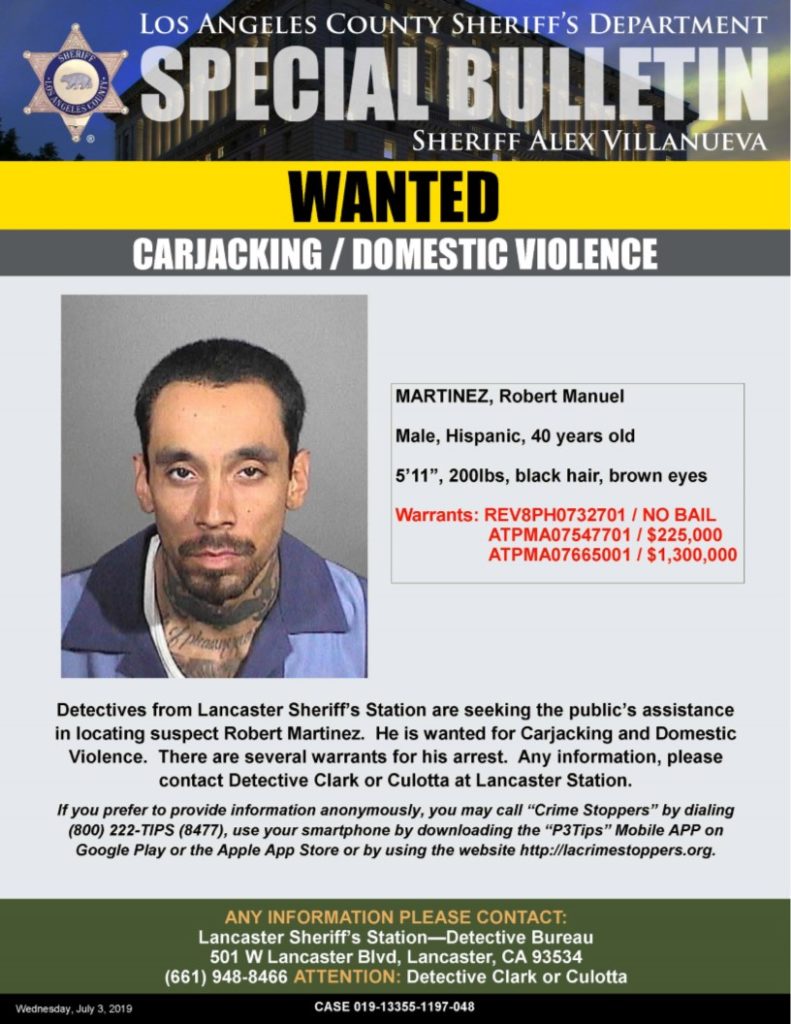