PALMDALE – If you recognize any of the suspects in this image, contact Palmdale Sheriff’s Station detectives.

The four black females are wanted in connection with a robbery that occurred May 10 at the Vons located at 3027 Rancho Vista Boulevard in Palmdale.

One of the suspects snatched a victim’s access  card, and when the victim asked for the card back, the suspect threw a 2-liter soda bottle at the victim’s head, according to an LASD bulletin.

The suspect also punched the victim in the head and as the suspect was assaulting the victim, another one of the suspects walked out of the store with a shopping basket of items, according to the LASD bulletin.

“All suspects fled the scene in a white newer model Hyundai,” the sheriff’s bulletin states.

Anyone with information on the identity or location of these four suspects is encouraged to contact Deputy Millikan of the Palmdale Sheriff’s Station Robbery Team at 661-272-2400. 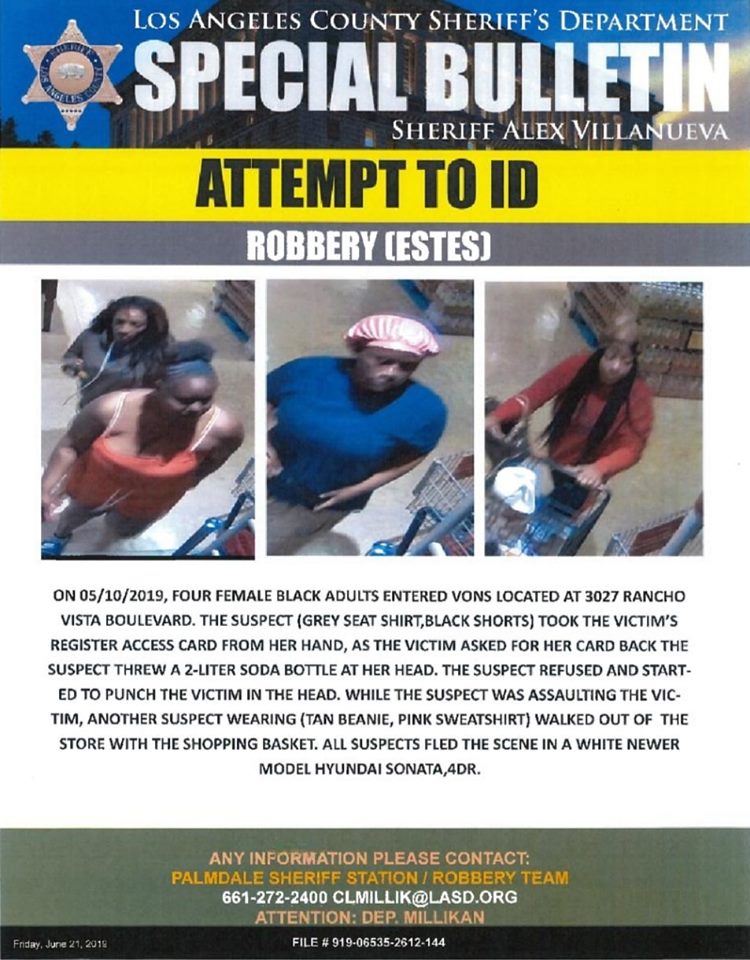