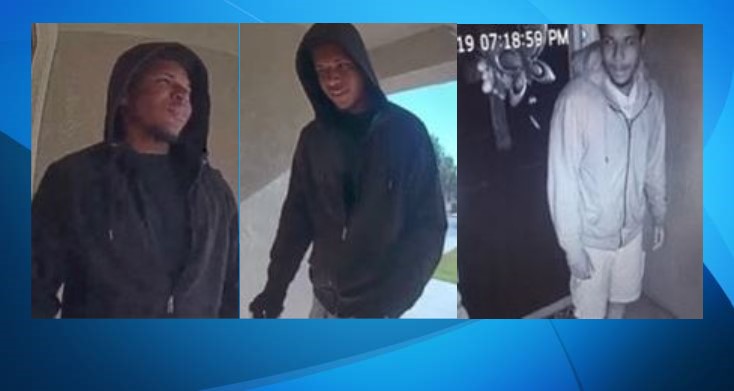 PALMDALE – Sheriff’s detectives are seeking the public’s help in identifying and locating a man suspected in several burglaries in Palmdale.

The break-ins occurred in the area of 55th Street East and Avenue R-8, according to the Sheriffs Information Bureau, which released surveillance images of the suspect.

The suspect is described as a black male who is believed to be 20 to 30 years old.

“The suspect is known to have knocked on the front door of multiple residences; when there is no answer, he kicks in the front door and burglarizes the home,” the sheriff’s news release states.

Anyone with information regarding the suspect’s identity or location is urged to call 661-272-2400 to speak with Detective Day at the sheriff’s Palmdale Station. 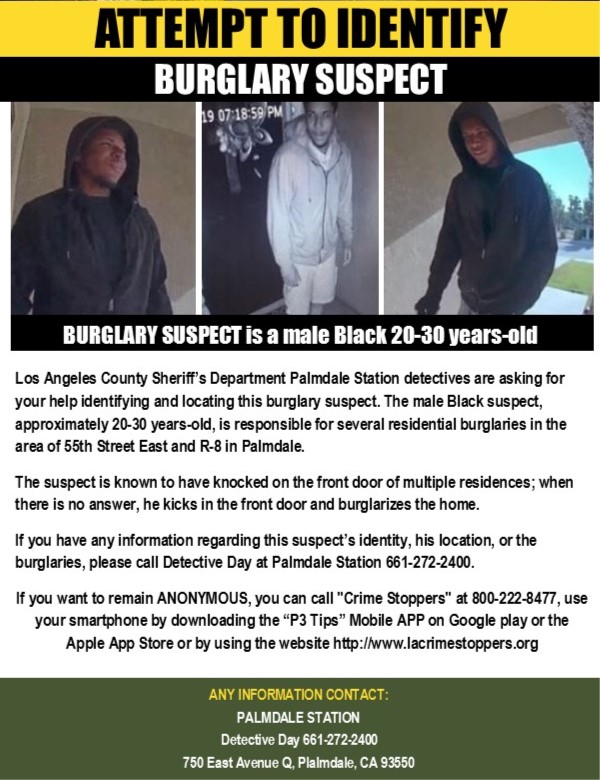