PALMDALE – Detectives are seeking the public’s help in identifying and locating a man suspected of sexually assaulting a woman last month in Palmdale.

The victim was walking on the night of May 25 near Palmdale Boulevard and 10th Street East when she was approached by a man and woman who asked her for a cigarette, according to the Los Angeles County Sheriff’s Department.

The three then walked toward a closed two-story business complex in the 38400 block of 10th Street East, where the man and woman introduced the victim to the suspect, who said his name was Luis, officials said.

“After a short time, the male and female walked away,” according to a sheriff’s department bulletin. “The suspect then pulled the victim into a dark corridor and sexually assaulted her. She was eventually able to break free and run for help.”

The sheriff’s department has released a sketch of the suspect, who is believed to be in his 40s and was described as black, 5 feet 8 inches tall and weighing 170-190 pounds.

Anyone with information about the suspect or the case in general is urged to call the Sheriff’s Special Victims Bureau 24-hour tip line at 877-710- 5273. 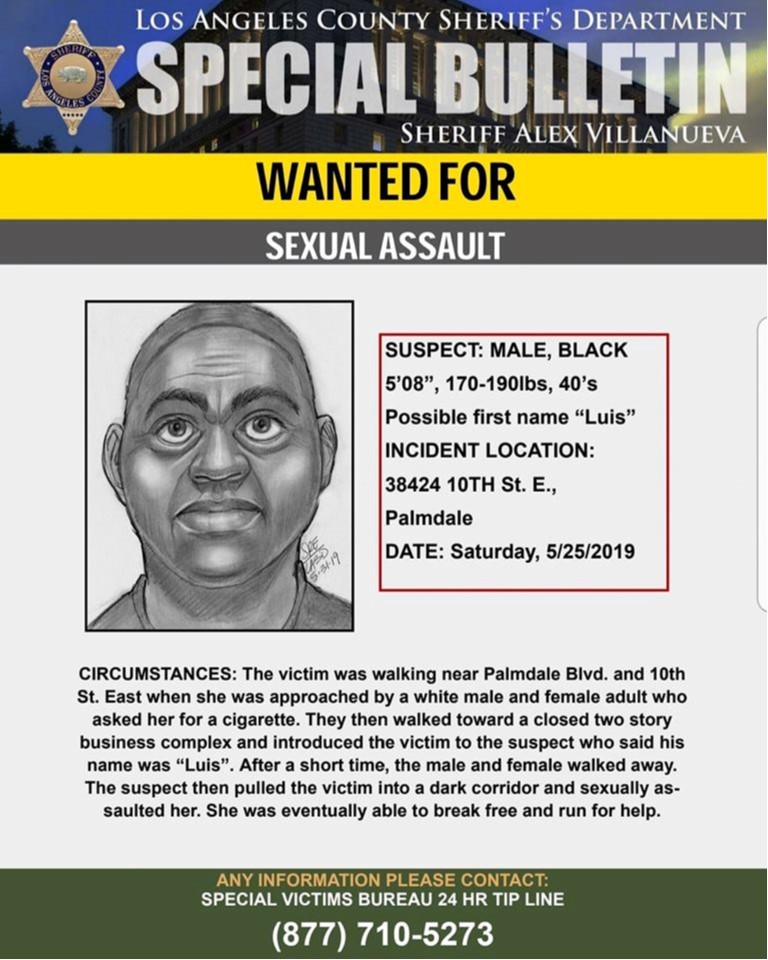