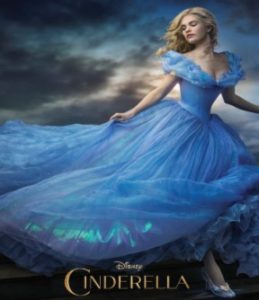 PALMDALE – The Palmdale City Library continues its Mid-Week Movies program this Wednesday with a showing of the movie Cinderella (2015), rated PG.

It’s starts at 5:30 p.m. Wednesday, June 12, at the Library, located at 700 East Palmdale Boulevard. Admission and popcorn are free.

Cinderella, a live-action remake of Disney’s classic tale, follows the story of Ella (Downton Abbey’s Lily James) as she is mistreated and looked down upon by her stepmother (Cate Blanchett) and her stepsisters following the death of her father. Despite her cruel treatment, Ella remains positive and becomes determined to take charge of her own life by attending a palace ball in the hopes of reuniting with the handsome gentleman she met in the woods, who unbeknownst to her is really the prince in disguise (Game of Thrones’ Richard Madden).

The Library hosts a free showing of featured films every Wednesday evening. Upcoming movies scheduled to be shown include Mortal Engines on June 19; Spider-man: Homecoming on June 26; Independence Day on July 3; and Bohemian Rhapsody on July 10.

This program is made possible through support from the Friends of the Palmdale City Library.