LANCASTER – Detectives are asking for the public’s help in locating a person of interest wanted for questioning in connection with the shooting death of a Lancaster woman.

Detectives identified 38-year-old Reggie Candler as a person of interest in the death of 28-year-old Chloe Marie Corona, who died Feb. 5 inside a home in the 44000 block of Cedar Avenue in Lancaster, according to a news release from the Los Angeles County Sheriff’s Department.

Deputies responded to the home regarding a “911 hang-up/possible gunshot victim call” and found Corona, who had suffered multiple gunshot wounds. She was pronounced dead at the scene, sheriff’s officials said.

“Reggie Candler has been identified as a person of interest… He is believed to have information about the murder and is wanted for questioning,” the sheriff’s news release states.

Anyone with information about the shooting or the whereabouts of Reggie Candler is encouraged to call the sheriff’s Homicide Bureau at 323-890-5500 or Crime Stoppers at 800-222-8477. 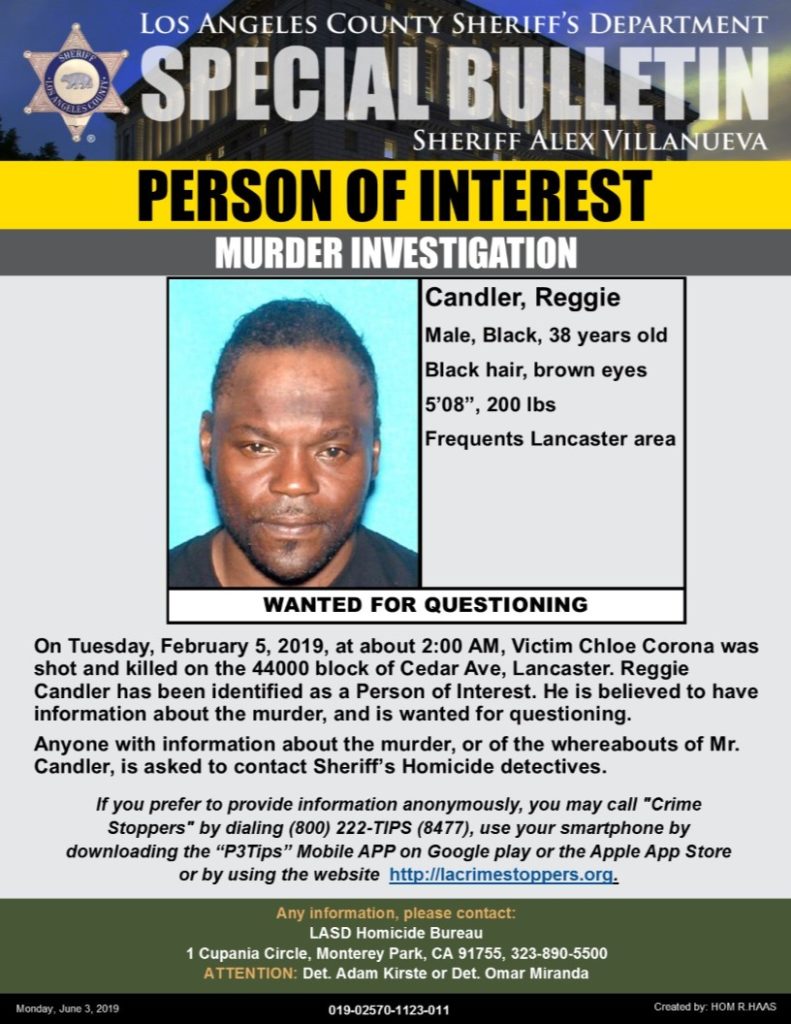 1 comment for "Person of interest sought in deadly Lancaster shooting"