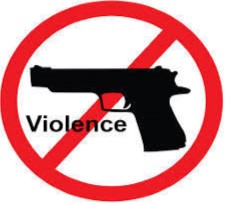 LOS ANGELES— The Los Angeles County Board of Supervisors proclaimed June 2, 2019 as Gun Violence Awareness Day, joining other jurisdictions in support of research into the causes and solutions to gun violence, including policy change at the federal level.

“Gun violence is a public health risk that has mushroomed over the last few decades to become an epidemic, with studies showing that 100 Americans were killed with guns every day between the 2013 and 2017,” said Los Angeles County Supervisor Hilda L. Solis. “We must support research into the causes and solutions to gun violence and press for meaningful gun control laws at the federal level to help end gun violence.”

“Violence in all forms is unacceptable but gun violence in particular is an issue of grave concern given its lethality and the daily toll we see in the lives of victims and their family and friends, and in society overall,” said Barbara Ferrer, director of the Los Angeles County Department of Public Health. “Efforts are needed at all levels to address the scourge of gun violence and to create communities where everyone feels safe and can thrive.”

Firearms accounted for an estimated 74% of homicides and 32% of suicides across Los Angeles County in 2018, according to the LA County Department of Medical Examiner-Coroner. The firearm homicide rate was highest among Blacks, with 14.8 deaths per 100,000 residents, a rate over three times higher than the overall county rate of 4.4 per 100,000. By comparison, among the firearm suicides, nearly two-thirds of the victims were White (64%). The firearm suicide rate was highest among Whites (6.7 per 100,000), a rate more than twice the overall county rate of 3.0 per 100,000.

The Board of Supervisors this year unanimously approved the establishment of a County Office of Violence Prevention. The Board placed the Violence Prevention Office within the Public Health Department in recognition that violence is a significant public health issue that requires a multi-sector, prevention-oriented response.

The Public Health Department continues to support strategies to prevent gun violence like:

For more information on the Office of Violence Prevention, visit: http://publichealth.lacounty.gov/ivpp/OVP.htm.